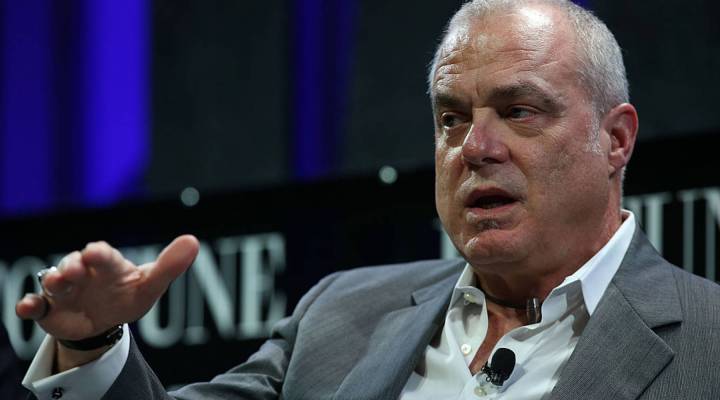 Early today, the Huffington Post ran a letter from company CEO Mark Bertolini basically saying if its merger with Humana got blocked they’d likely pull up stakes and leave the Obamacare exchanges.

Well, the Department of Justice is suing to block the deal.

And earlier this week,  Aetna said it was leaving 11 of the 15 states where it offers coverage on the Obamacare exchanges.

This exchange offers a peek at negotiations and the art of the deal in anti-trust cases.

To assess potential mergers, regulators ask key players what kind of impact these deals would have.

“They call this the ‘but for’ world,” said Harvard Business School professor Leemore Dafny, formerly at the Federal Trade Commission.

Aetna’s response to that query — “it is very likely that we would need to leave the public exchange business entirely” – has generated a bunch of heat.

In a statement today,  the company said that answer “should not come as a surprise” given the fact that Aetna hasn’t broken even financially on the exchanges.

Company critics interpret the letter as a veiled threat.

If it was, it didn’t do Aetna much good said attorney Michael Perry at Baker Botts.

“The agencies in reviewing a transaction like this really tend to be focused on the merits and aren’t usually influenced by political pressure,” he said.

Perhaps what’s most revealing about this particular situation is the letter underscores the reality that Aetna’s has significant implications for government programs, though obviously that didn’t influence DOJ.

Harvard’s Leemore Dafny says a small number of big insurers is a concern.

“The ability of a couple of large companies to potentially, drastically impact a lot of consumers and federal government outlays is a scary thing,” she said.

And raises important questions about how big and powerful any one company should be allowed to get.