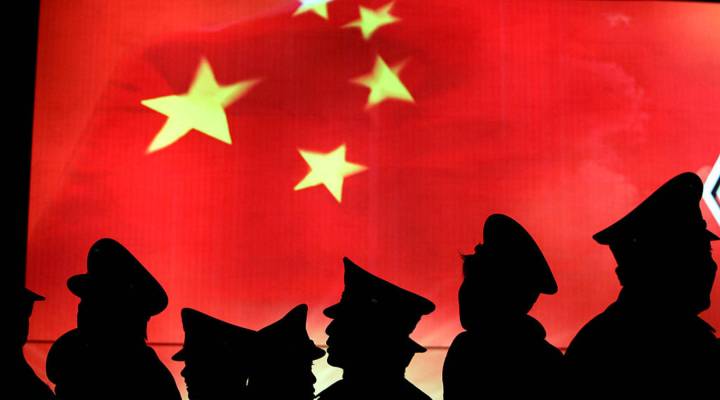 COPY
U.S. jobs lost to China aren't coming back, but neither is the China that took them. China Photos/Getty Images

U.S. jobs lost to China aren't coming back, but neither is the China that took them. China Photos/Getty Images
Listen Now

Donald Trump, in his rhetoric about China, may have a point. At least in as much as China beat out the U.S. for low-skill manufacturing jobs in the first few years of the new millennium.

“Forty percent of the decline in U.S. manufacturing between 2000 and 20007 was due to rising competitive pressure from China directly,” said David Autor, professor of economics at MIT.

Many things, to be sure, have contributed to the decline of U.S. manufacturing, including automation and advances in technology that reduced the need for low-skill labor.

But China’s leviathan of cheap labor, surging onto the global manufacturing scene in the ’90s and 2000s after major domestic reforms, was not a forgettable debut.

“More than 200 million individuals move from rural areas into cities to do manufacturing,” Autor said. China went from backwater to global manufacturing leader in what was, for countries of such size, the blink of an eye. “You almost never see anything like that in the history of economic development.”

That, however, was then. This is now. “China,” said Autor, “has now hit capacity constraints in all sorts of areas.”

Its population of young people is in decline, it’s running into environmental and pollution problems, and most importantly, it’s losing the very thing that made it seem so invincible in the past. “Its labor costs are rising and it’s no longer going to be the low cost producer of most manufactured goods. In fact, manufacturing employment in China is on the decline,” said Autor.

Under no circumstances does this mean that China is not a formidable economic force. It remains so and will continue to be. But it is no longer the endless well of ultra-cheap labor it once was.

Not only is labor less cheap in China, labor is less important to manufacturing generally.

“There’s just less labor content in a manufactured item,” said Robert Whitelaw, professor of entrepreneurial finance at NYU. “A high-end GE refrigerator only has two hours of labor in it,” he said, adding that automation is also a powerful force at the low end of manufacturing. “Where labor costs are less important, other things become more important, like distance,” he said.

Companies are paying more attention to how spread out their supply chain is. Distance makes monitoring, control, and responsiveness more difficult, and if a business doesn’t need to be in China for labor, they may prefer not to be at all.

Even China’s currency, suspected of being manipulated in the past, has appreciated. “There’s evidence to suggest now that the Chinese yuan is not undervalued at all,” said Whitelaw.

In the words of Stanford economist Nicholas Bloom, “Trump’s proposals are really closing the barn door after the horse has bolted.”

According to David Autor, Trump’s promises threaten not just fecklessness but will do more damage. Renegotiation of current trade deals, raising trade barriers, and rejecting trade agreements may prevent new market access and protections abroad for the knowledge intensive products and services in which the United States has a strong competitive advantage.

“A lot of the discussion around trade is reactive and backward looking,” said Autor. “It’s not incorrect to say China’s rise has caused a lot of pain for blue-collar workers, it definitely has. But that pain is largely behind us.”

The low-skill manufacturing jobs the United States lost have moved on from China to Vietnam and other low-cost producers. They’re not coming back. But neither is the China that took them.