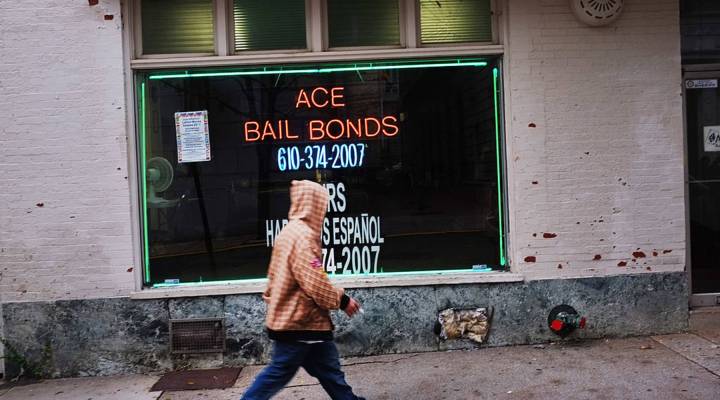 For many people accused of a crime, bail is their way out of jail. For others, it’s the lock on the door keeping them in.

“There’s people sitting in jail right now in Connecticut all around the state because they cannot afford low bond,” said Simone Seiver, a co-director of the Connecticut Bail Fund.

It’s far from a Connecticut issue, say advocates. “You can walk into any single courtroom in any of the five boroughs and anyone can see it,” said Joshua Norkin, attorney with the Legal Aid Society of New York. People who can’t afford bail suffer serious consequences without ever being convicted of anything, he said. “You could lose your job, it could damage a relationship you’re in, it could have an impact on your housing situation.”

“It’s essentially the criminalization of poverty,” said Brett Davidson, a co-founder of the Connecticut Bail Fund. “People end up incarcerated because they can’t afford bail and that incentivizes people to take guilty plea bargains just to get out of pretrial detention which essentially erases the presumption of innocence.”

As evidence of this, Joshua Norkin at the Legal Aid Society points to research showing the conviction rate in New York doubles when bail is used.

The Connecticut Bail Fund will pay off small bonds for indigent people, as do bail funds in the Bronx, Brooklyn, Massachusetts, and Chicago. Doing so doesn’t appear to remove an incentive to show up to court; 96 percent of people helped by the Bronx Bail Fund make their (sometimes numerous and multi-part) court dates.

The American Bail Coalition, an industry group for commercial bail providers, doesn’t see the practice as problematic. “I haven’t seen it materialize into a threat to the existing bail industry, it seems to me they’re trying to serve a population that we either can’t serve or won’t serve,” said Jeffrey Clayton, the ABC’s policy director.

The Connecticut Bail Fund is expected to start operating in the next few months.