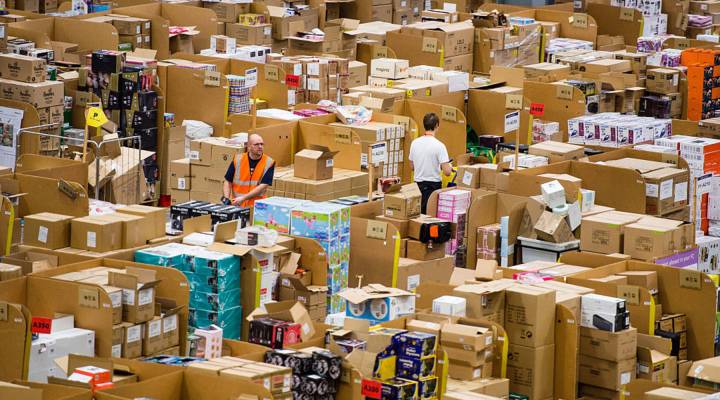 The American tech industry’s relationship with the U.K. hasn’t always been smooth—and that’s an understatement. But for companies like Microsoft, Google, Amazon and Apple, a united EU is still better than a divided one, and the U.K. has been a friendly ally in times of need.

So, if Brexit is indeed upon us, what happens now?

After all, European regulators have collected some $3 billion in fines from Microsoft; sued Google twice (so far) over antitrust; harassed Amazon, Google, Apple and others over taxes, cracked down on data sharing and insisted on stringent user privacy protections. The EU has been working to unify its own copyright and privacy laws to create a competitive advantage for European startups.

“The U.K. has certainly been a moderating influence in some of those conversations, and they might have been worse otherwise,” said Todd Thibodeaux, president and CEO of CompTIA, a trade association that represents the IT industry all over the world.

That’s one of the reasons companies like Microsoft advocated hard for Remain. But Thibodeaux and others say it’s not likely that the EU will suddenly tighten regulations even further in the wake of the U.K. leaving the union.

For one thing, the EU will simply have bigger fish to fry, and if its economy continues to struggle as a result of the vote and its protracted outcome, “I don’t think they can afford to alienate other people and I don’t think that will be a priority for them,” Thibodeaux said.

To be sure, if Britain, Scotland, Wales and Northern Ireland exit the rest of the EU, the bloc will have to negotiate new data sharing arrangements and adhere to EU privacy regulations if it wants to do business across the continent. But given time, a Brexit could actually be an opportunity for the U.K. to position itself as a tech-friendly hub.

Other than Ireland, which has quite effectively established itself as a tax haven in order to attract tech investments, the U.K. outshines the rest of the European Union in terms of tech. U.S.-based tech investors put $3.6 billion into U.K. tech companies in 2015; up 70 percent from 2014, according to CB Insights. London has been described as a “red-hot tech hub;” Wales invested heavily (albeit with help from the EU) in a “superfast broadband” infrastructure that’s attractive to companies building data centers in the UK (think Amazon).

Once things calm down a bit, the UK could try to negotiate immigration policies that bring in tech-friendly workers, offer tax incentives to companies and replace any lost finance or aerospace or other business with tech, cybersecurity and biotech companies. Immigration and privacy aren’t small concerns, but hey, when everything is up in the air, everything is possible.