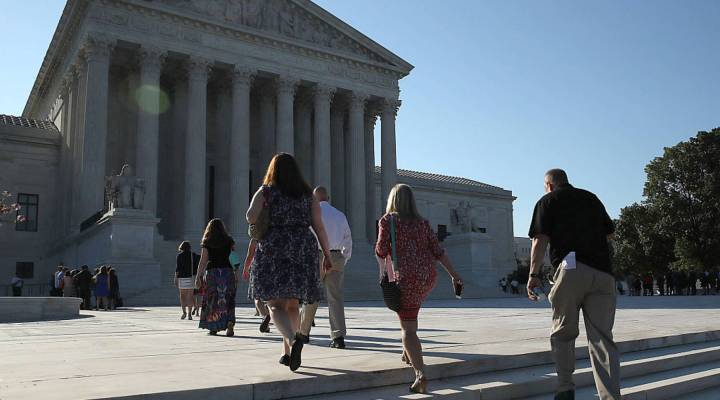 The Supreme Court ruled Thursday that the University of Texas can continue to consider an applicant’s race as one of many factors in its admissions decisions.  The 4-3 ruling came as a bit of a surprise. The majority opinion was written by Justice Anthony Kennedy, who had never before voted to support race-conscious admissions.

“The decision is a home run for the University of Texas and a grand slam for higher education,” said Terry Hartle with the American Council on Education.

Out of about 4,500 colleges and universities in the country, he estimated no more than 200 explicitly consider race in admissions. He doesn’t expect that to grow much. Except in a handful of states that prohibit race-based affirmative action, Hartle said schools that want to use it are already doing so.

“Remember, the consideration of race in college and university admissions has been legal for a very long time,” he said. “What the Supreme Court has said today is it continues to be legal.”

Many schools have turned to other methods to achieve diversity, like increasing financial aid and recruiting at predominantly black and Latino high schools.

When affirmative action policies are challenged in court, it does have a chilling effect, said Stella Flores, a professor of higher education at New York University.

“When race is threatened, many institutions are likely to protect themselves and not use race,” she said. “This might embolden them to at least feel comfortable using it, but it’s not without accountability.”

Justice Kennedy’s opinion said that universities must periodically revisit their diversity efforts to make sure they’re not giving race more weight than they should.

The decision could have implications beyond campuses.

“Ultimately higher education is one of the top producers of the workforce,” said Michelle Asha Cooper, president of the Institute for Higher Education Policy. “As we have a society where more and more people are from diverse backgrounds, they’re from low-income backgrounds, they need to be given the opportunity to be successful.”

Research by political scientist Thomas Dye has found that half the country’s leaders in business and government come from just 12 elite colleges and universities. If those institutions look more like the rest of society, diversity advocates say, so will the people in power.