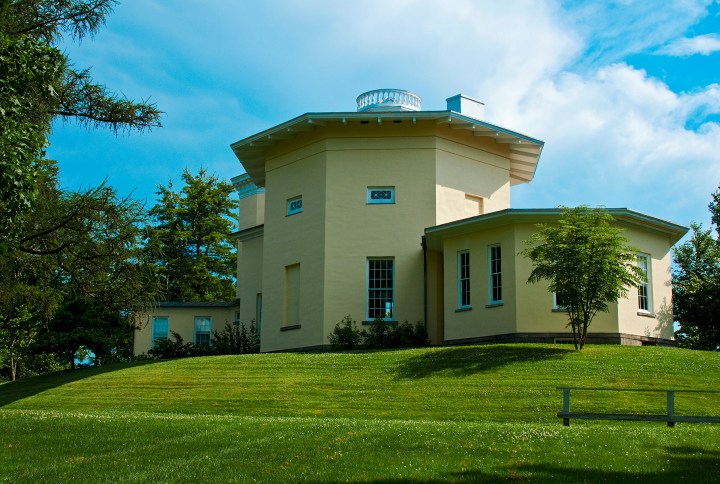 When Amherst College was founded in Massachusetts more than 200 years ago, it was intended to educate “indigent young men of piety and talents.”

“So from the very beginning, this was a place that was not centered on education for the elite, but for education of a broader population,” said Matthew McGann, dean of admission and financial aid for the college. (McGann points out that women now also attend the school.)

But Amherst is elite in that it’s very selective. This past year, it admitted only 8% of approximately 14,000 people who applied. In the past, when choosing between qualified applicants, the children of Amherst graduates had an extra edge. In October, Amherst announced it was ending that practice, as well as increasing the amount of financial aid available to lower- and middle-income families.

U.S. Rep. Jamaal Bowman of New York wants more colleges and universities to make that same change and eliminate legacy admissions. Along with Sen. Jeff Merkley of Oregon, he’s introduced a new bill that says schools that give special consideration to children of alumni or donors wouldn’t be able to access $120 billion in federal student aid, such as loans or Pell Grants.

“When we talk about legacy admissions, we’re talking about a nation with a history of discrimination based on race and class and religion,” said Bowman.

A former middle school principal, Bowman said it’s important for everyone to be able to access excellent post-secondary education.

“Because that hasn’t always been the case, we continue to be a country that perpetuates inequality and perpetuates a system of haves and have nots,” said Bowman. “It’s something that’s internalized, and it’s hard to break once it’s internalized.”

There are others that say this shouldn’t be enshrined in law. In a statement, the Council for Advancement and Support of Education said it should be up to each institution to decide how to best build a diverse student body.

Donations from alumni may play a role in schools that take legacy into account. Mandee Heller Adler, who runs the company International College Counselors, has seen alumni reconsider donating to schools when their kids don’t get in.

“I’ve had multiple conversations with families who say ‘I’m done with this college, I hate them now. How can they not accept my child?’” said Adler.

Adler also said students whose parents have gone to a school will be better prepared to do well there, because they know more about it.

Not all schools consider family connections when admitting students. But those that do are among the most competitive in the country.

“The leadership elite of this country remain largely graduates from these very sought after institutions,” said OiYan Poon, who studies higher education at Colorado State.

Others are calling for schools, many of which are private, to be more transparent about who they admit and why.

“These institutions aren’t sharing data about how likely legacies are to get in, or non-legacies,” said Tyler Ransom, who’s studied legacy admissions as an economics professor at the University of Oklahoma. “None of that information is public.”

Those who advocate for the end of legacy admissions say it’s important that students who are the first in their generation to go to college get a shot at the connections those elite schools can create.

“Those are students who may not have the social network to get that first job that kind of launches their career,” said Natasha Warikoo, a professor of sociology at Tufts University. “They can get those connections through that selective college.”

At Amherst, McGann said the reaction from alumni to the end of legacy admissions was mixed.

“There were many in our community who were overjoyed,” said McGann. “There were others … that wondered if this was the college saying that we don’t care about the lifelong community that we’ve built as much anymore.”

The change goes into effect with the next round of admissions, and McGann said the most recent applicant pool is already more economically and racially diverse than in previous years.

“The objective is to signal to students across the country and around the world that Amherst is a place where you can thrive and where we would hope that you might apply,” said McGann.