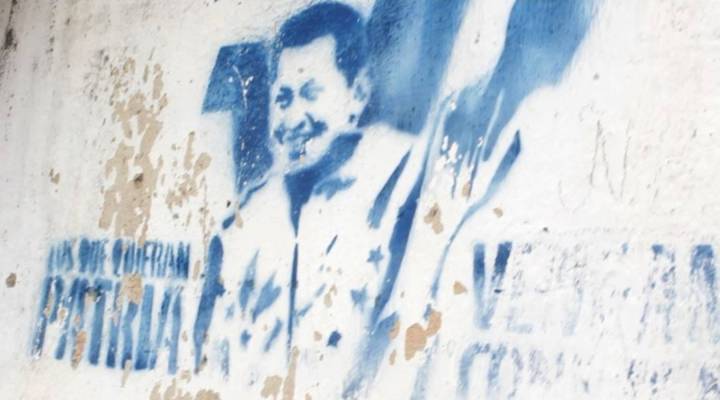 Venezuelan citizens are in a state of desperation, with over 50 food riots, protests and mass looting taking place in the country these past two weeks, according to the New York Times.

At least five people have been killed in the ensuing chaos. The petrostate is in the middle of an economic crisis, a struggle fueled by low oil prices and a dwindling agricultural sector. Just last month, President Nicolas Maduro declared a state of emergency, leaving Venezuelan cities militarized.

Marketplace’s Scott Tong visited the region earlier this year, where he reported on the factors that have led to the nation’s precarious situation, spoke to struggling residents, and ventured out to the black market to see how scalpers make a living.

Here are some stories from his time on the ground:

Tong traversed the country’s barrios, or slums, in the capital city of Caracas. There he learned that the higher up you live on the city’s hills, the poorer you are. One barrio in particular he visited was a stronghold for the United Socialist Party, the party of the late president Hugo Chavez.

The country’s financial issues and how it got to its current state can be complicated and confusing. But this food item can clarify the basics. Like the country’s economic crisis, the Venezuelan hot dog dish known as the pepito has multiple layers.

People in line for food.

Tong met up with Venezuelan translator Yesman Utrera, who introduced him to Nazareth, a professional re-seller who contributes to a sophisticated bartering chain. Nazareth sells coffee up to 10 times the normal price, and corn flour up to 25 times. “Nazareth apologizes for nothing. She’s simply trying to survive in this collapsed petrostate,” Tong wrote.

Here’s a historical look at the country’s dismal trajectory. Venezuela sits on the planet’s largest crude oil reserves, yet it’s been mismanaging that resource.

Check out the full coverage of our time in Venezuela here.