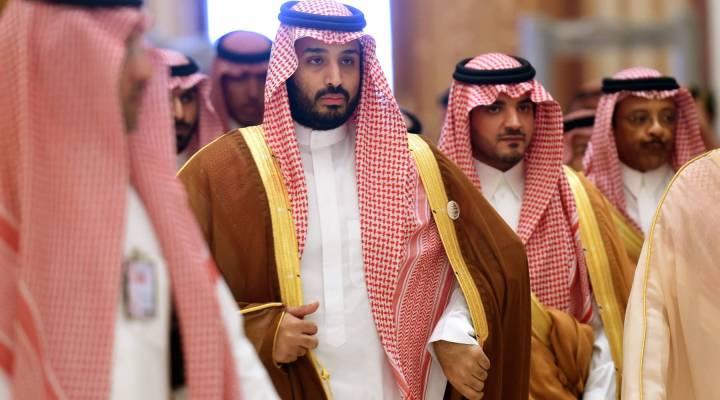 On Friday, President Barack Obama meets with a Saudi prince who’s been on a charm offensive in the U.S. this week.

Thirty-year-old Deputy Crown Prince Mohammed bin Salman is trying to revamp Saudi Arabia’s economy in the wake of the country’s oil crisis, and he’s seeking the support of the U.S.

The country has big privatization plans. Even the national oil company isn’t excluded.

Jacob Kirkegaard, a senior fellow at the Peterson Institute for International Economics, said the Saudis want American investors to buy those assets “because it would give more American economic entities a stake in the long-term economic success of the Saudi government.”

They may not want one.

Nader Hashemi, director of the Center for Middle East Studies at the University of Denver, said world events are eroding the U.S.-Saudi  relationship. The rise of ISIS is linked to Wahhabi Islam, which began in Saudi Arabia.

“And the spread of this particular toxic interpretation of Sunni Islam has gone global,” he said, “and is now affecting young kids not only in Orlando, Florida, but there were direct links to Saudi Arabia in the San Bernardino massacre.”

Still, most politicians won’t risk the economic and political consequences of loosening those Saudi ties, he said.