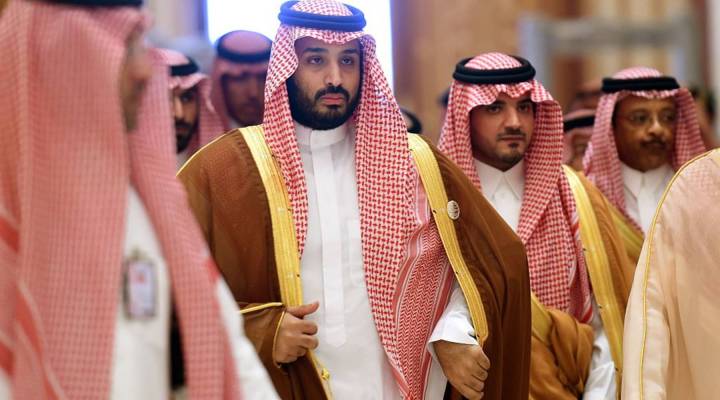 There’s going to be some news coming out of Riyadh, Saudi Arabia, on Monday: a plan called a “Vision for the Kingdom of Saudi Arabia.” It will include, among other things, the creation of a massive sovereign wealth fund of $2 trillion.

It’s part of a plan to get the world’s biggest oil producer ready to move beyond oil.

Marketplace’s Kai Ryssdal spoke with Bloomberg’s Peter Waldman about the man who will be in charge of this plan: Prince Mohammed bin Salman.

On why Saudi Arabia needs to become less dependent on oil:

A year ago, unbeknownst to anyone really, except for the insiders at the palace in Riyadh, it was very bad. They awoke to a situation — and I really mean awoke — where they were going to have a budget deficit of about $200 billion, which was going to essentially leave them broke by early 2017. Before that, the IMF and everyone else had reassured the world that the Saudis could stand the drop in oil prices and that they’d be OK for at least five years of low oil prices. But a year ago, all that changed.

He is the son of King Salman … and he is all of 31 years old. His plan is to essentially find other things to earn money for the Saudis over the next 20 years. He wants to diversify the economy … he referenced Steve Jobs at least four times [during my visit]. He is clearly quite attuned to Silicon Valley. He mentioned Twitter, he mentioned Facebook. [He] grew up on video games, actually cites them as a kind of source of creativity and skill…. He embraces technology. He’s a 31-year-old man and believes his society needs to move on.