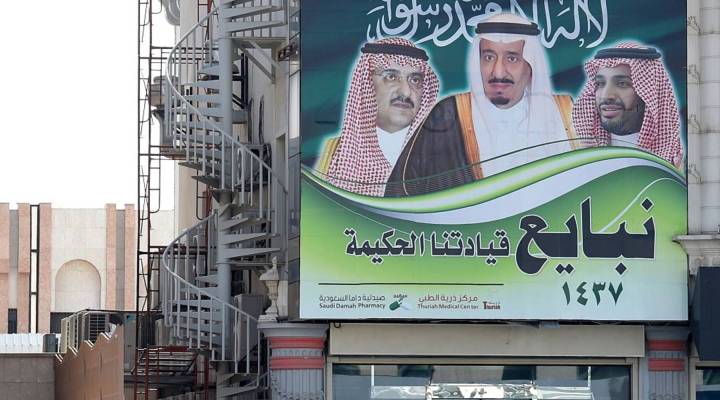 Within 20 years, the world’s largest oil exporter will no longer depend mainly on oil. That’s according to Deputy Crown Prince Mohammed bin Salman of Saudi Arabia. In a five-hour interview with Bloomberg, the prince outlined plans to build the world’s largest sovereign wealth fund — essentially a state-owned investment fund — and transform state oil company Saudi Aramco into an industrial conglomerate.

The threat of catastrophic climate change, combined with the fall in oil prices, has made that move “imperative,” said independent energy consultant Leo Drollas.

“They are worried about the long-term future of the oil industry,” he said. “They are so reliant on oil that they want to really reduce that reliance.”

To do so, Saudia Arabia plans to grow its state-run Public Investment Fund, which now mostly invests in domestic projects, into a global powerhouse worth more than $2 trillion, according to the Bloomberg interview. By 2020, the fund plans increase its foreign investments to 50 percent, from 5 percent.

“There’s a bigger push to invest into overseas assets and earn a return, and that investment income will help offset the fiscal deficits,” said Michael Maduell, president of the Sovereign Wealth Fund Institute.

Despite the fall in oil prices, there should be plenty of buyers, from investment banks to other oil companies, said Sara Vakhshouri, a fellow at the Atlantic Council’s Global Energy Center.

“Many people in the world want to have access or shares of the hugest oil company in the world,” she said.

Saudia Arabia could take a page from Norway, Vakhshouri said, which has used its oil riches to build one of the world’s most successful sovereign wealth funds.