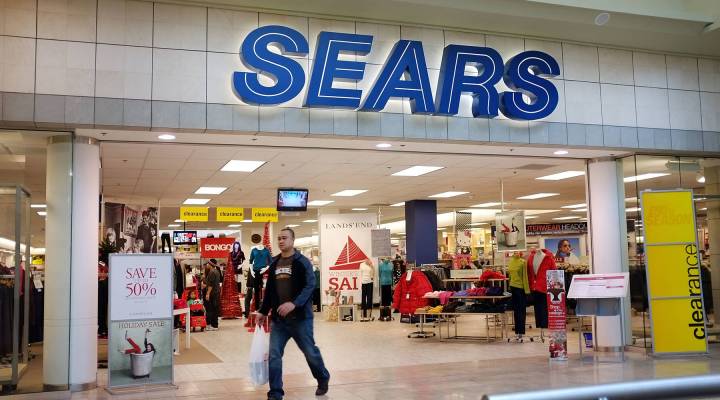 Sears crumbles as buybacks go up

COPY
"The company told me they truly believe they are positioning the department store for a resurgence," says reporter Hayley Peterson. Spencer Platt/Getty Images
The Price of Profits

Sears crumbles as buybacks go up

"The company told me they truly believe they are positioning the department store for a resurgence," says reporter Hayley Peterson. Spencer Platt/Getty Images
Listen Now

Hayley Peterson, a senior correspondent for Business Insider, wrote a feature on how Sears — a company that has been around for both world wars — is falling apart. She argues it is due to the current CEO’s sole focus on increasing shareholder value. She spoke with Marketplace Morning Report host David Brancaccio about the issue.

Eddie Lampert used a lot of financial engineering to squeeze as much value as possible out of the company and try to drive up per-share earnings. One of the ways he did this was by buying back shares. He also, in the meantime, cut spending on stores, and as a result a lot of the stores are falling apart. I talked to one employee who said that he’s dealing with constant roof leaks in his store, and that the escalators and the elevators are breaking down on a regular basis.

On Lampert’s failed strategy for Sears:

It turns out that his strategy may have failed after all for everyone involved. About half the stores have been closed, half of employees have lost their jobs. That’s hundreds of thousands of employees, and the share price has dropped by over 90 percent in the same time period … no company has experienced such a quick demise.

On Lampert’s defense of his strategy:

He has defended his use of stock buybacks as the best way to spend the company’s money at the time. His theory on not investing in stores is that we can’t invest in everything. The company told me they truly believe they are positioning the department store for a resurgence and for a revival of sales, and that the company is still in a turnaround phase. If you talk to industry experts and analysts, you’d be hard pressed to find anyone that agrees with that.