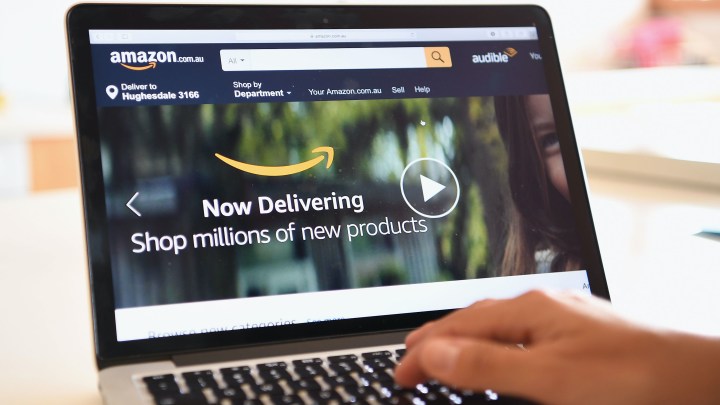 COPY
Is Amazon selling its products alongside small businesses' healthy competition or a conflict of interest? Quinn Rooney/Getty Images

Is Amazon selling its products alongside small businesses' healthy competition or a conflict of interest? Quinn Rooney/Getty Images
Listen Now

And one of the ways it does that, the group argues, is by selling its own products alongside those from smaller, third-party retailers.

Let’s say you search for a white T-shirt on Amazon. You’ll see a bunch of options, some sold by Amazon, some by third parties.

“At the core of it is a basic conflict of interest,” said Stacy Mitchell, co-director of the Institute for Local Self-Reliance, a research group that advocates for independent businesses and part of Small Business Rising.

“Your biggest competitor also owns the infrastructure that you need in order to reach the market. And they’re able to glean a lot of information about your business, about your most successful products,” Mitchell said.

Retailers have been selling their own products alongside other brands since the early 20th century, according to Erik Gordon at the University of Michigan’s Ross School of Business.

That can promote competition and bring down prices, said Ira Rheingold, executive director of the National Association of Consumer Advocates. The risk, he said, is if prices drop too low, “which may force those businesses to go out of business and that competition no longer exists.”

In a statement, Amazon said its own products complement those sold by third parties, and that its platform helps small businesses generate sales.