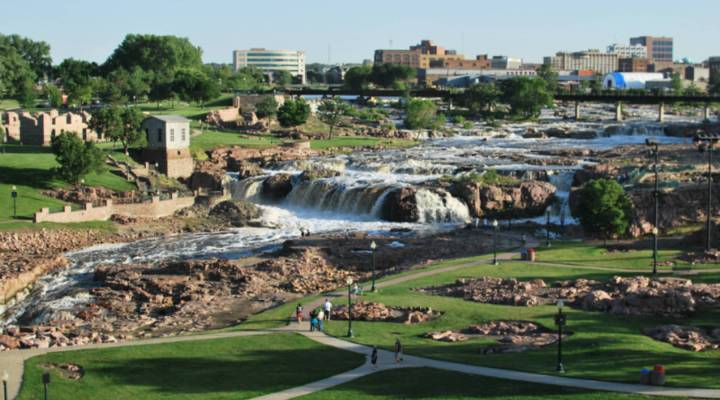 COPY
Assets held in South Dakota trusts in 2014 amounted to about $226 billion, according to the Financial Times. Seabear70/Wikimedia Commons

Assets held in South Dakota trusts in 2014 amounted to about $226 billion, according to the Financial Times. Seabear70/Wikimedia Commons
Listen Now

Forty countries sent representatives to a summit in London on Thursday to fight corruption.

The countries, including the U.S., have signed a pledge to expose corruption wherever it’s found and to end the misuse of anonymous companies to hide money.

We spoke with economics guru Chris Farrell, who’s been following this story for us.

On the larger issue behind tax havens:

Corruption is bad, but what really bothers me … and particularly in the environment we’re in … is [that] the ultra wealthy are legally hiding their assets.

One of the world’s most valuable addresses if you’re a billionaire:

How about Sioux Falls, South Dakota? I mean, wealth is pouring into the state, which is best known for what, Mount Rushmore? South Dakota trust laws really allow families to shelter a lot of income. They have a lot of very strict privacy laws, don’t have income tax. And according to the Financial Times, assets held in South Dakota trusts in 2006 — $33 billion, about. 2014: $226 billion.

On pushback to any overhauls:

You have this army of lobbyists who are going to be opposed to any change. But if you want to restore trust in the U.S. system, everybody has to pay their fair share.