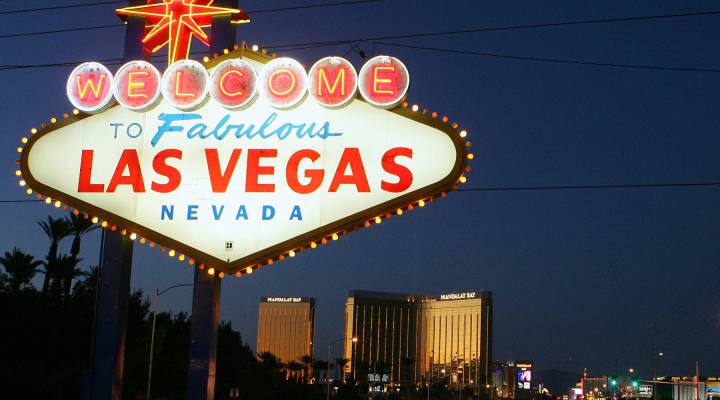 COPY
Traffic passes by the famous sign welcoming motorists on the south end of the Las Vegas Strip November 11, 2005 in Las Vegas, Nevada. The Mandalay Bay Resort & Casino is in the background.   Ethan Miller/Getty Images

Traffic passes by the famous sign welcoming motorists on the south end of the Las Vegas Strip November 11, 2005 in Las Vegas, Nevada. The Mandalay Bay Resort & Casino is in the background.   Ethan Miller/Getty Images
Listen Now

Say ‘tax havens’ and warm Caribbean islands come to mind for many Americans. But for the world’s rich, the U.S. is a perfectly good tax haven these days. The Panama Papers reveal that alongside the usual suspects like the British Virgin Islands, Bahamas and Panama, one of the most popular tax havens is Nevada – as in Vegas, Reno, Elephant Rock and the like.

“Wherever there is more secrecy afforded to the tax evader, that is where they will want to be,” said Michelle Hanlon, an accounting professor at MIT’s business school who specializes in offshore tax evasion.

Lately, U.S. states like Nevada and Delaware have come to offer relatively more secrecy than historic tax havens. That’s largely because of a U.S. push to get banks around the world to share more information about Americans with money abroad. Those moves ultimately led the Organisation for Economic Co-operation and Development (OECD) to come out with pretty tough international disclosure standards. Nearly every major country signed on. But not the U.S.

“That’s why a lot of people are saying the U.S. is the new big tax haven,” said Alex Cobham, research director for the Tax Justice Network.

As other countries tightened rules, a handful of American states became globally famous for making it easy for anyone to quickly and quietly form a company. Asked why the U.S. hasn’t signed on to OECD disclosure requirements, a Treasury Department spokesperson told Marketplace that the transparency rules were “modeled on” elements of the U.S. Foreign Account Tax Compliance Act, which Treasury cites as evidence that “the U.S. has led the charge in combating international tax evasion.”

Of course there are plenty of lawful reasons people would want to start a U.S. company and states here are free to compete for their business. But the swift secrecy they provide also makes it possible for the bad folks to use that legal service to illegally evade taxes.