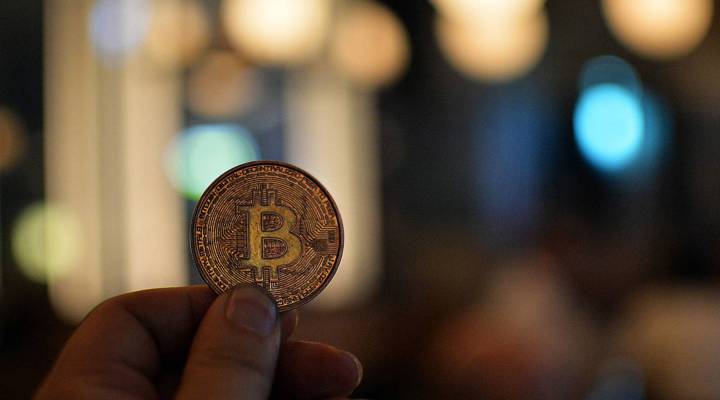 COPY
In an age of encryption, one of the major innovations of Bitcoin is their block-chain technology, which allows for total transparency. YOSHIKAZU TSUNO/AFP/Getty Images

In an age of encryption, one of the major innovations of Bitcoin is their block-chain technology, which allows for total transparency. YOSHIKAZU TSUNO/AFP/Getty Images
Listen Now

If Craig Wright’s claim that he is the creator of Bitcoin withstands further scrutiny, he will be credited not only with the birth of the digital currency, but also the sophisticated blockchain technology that makes it work.

The Australian computer scientist said in a blog post today that he is the elusive and until now unknown author of Bitcoin. Three news organizations, the Economist, BBC, and GQ, say Wright has shown them proof that has left them convinced of his claim. Wright promised to release more data for skeptics who are withholding judgment.

The identity of Bitcoin’s inventor, known only by the pseudonym Satoshi Nakamoto, has been one of the biggest mysteries in tech. Various people have been the target of speculation as the real Nakamoto, Wright among them.

Since its creation in 2009, the number of Bitcoins has grown to more than 15 million, at a current value of approximately $450 each.

“This incredible community’s passion and intellect and perseverance has taken my small contribution and nurtured it, enhanced it, breathed life into it,” Wright wrote in a his post today.

Bitcoins are traded in transactions where the identities of each party are encrypted and secret. But the underlying technology of bitcoin is such that despite the secrecy, the digital trail of each bitcoin is publicly recorded and open to verification.

“The key thing is all bitcoins are in one big chain,” said Peter Todd, a bitcoin developer. The blockchain keeps a record of all Bitcoins and the encrypted transactions associated with them.

Blockchain technology — incorporating encrypted data with an open-source digital trail — can be used for other applications aside form Bitcoins.

“Anytime you have data where it’s bad if there’s two different things that could happen to it,” Todd said.

Real-estate transactions are a good example, because  buyers must be sure that the property they are purchasing is sold only to them and not concurrently to someone else, and that the seller is in fact the legal owner of the property being purchased.

Currently, such verification is done in a slow and cumbersome title search process that has not changed much in 100 years, said Campbell Harvey, a professor of finance at Duke University, who created a course teaching about future business applications of blockchains.

Harvey said blockchain technology would allow the buyer of a property to simply check a digital blockchain registry. “That transaction could happen instantly,” he said.

Hundreds — if not thousands — of companies are working on other potential uses of blockchain, Harvey said. IBM on Friday announced its foray into blockchain cloud computing. Last month, Microsoft announced a partnership with a consortium of 42 banks known as R3, to help in implementing blockchain technology for transactions within the banks.

The state of Delaware today announced efforts to implement blockchain technology to speed up corporate transactions in a state known as a preferred place of incorporation for many businesses. In announcing the initiative this morning, Gov. Jack Markell said blockchain corporate stock trades hold the promise of “immediate clearance, immediate settlement, bringing with them dramatic increases in efficiency and speed in the sophisticated commercial transactions for which Delaware is known.”

Delaware is also engaging in a pilot program to move public archives onto blockchain.