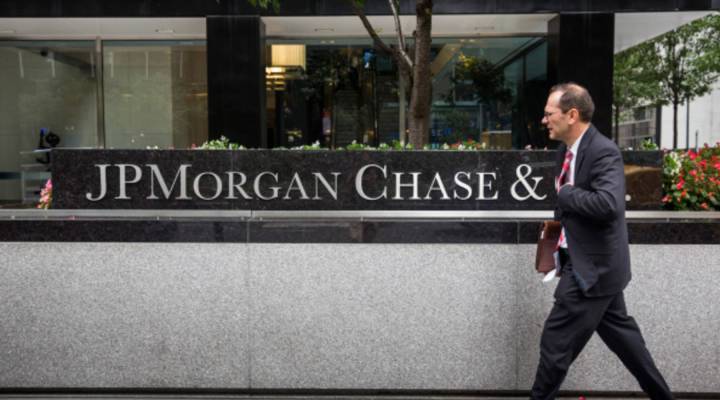 Five major banks whiffed this week on their so-called living wills — plans for bankruptcy that wouldn’t tank the economy, a requirement under Dodd-Frank — and got sent back to try again by the Fed and FDIC. That news came the same day JPMorgan Chase, one of the banks in will remediation, reported saggy earnings for the first quarter.

Crafting a living will for a massive bank is complicated, and they’ve been in the works a long time. Meanwhile, big banks’ compliance officers are growing their ranks and wielding more power than ever in the years after the recession, often to the chagrin of people like JPMorgan CEO Jamie Dimon.

So, how much do these banks spend to make sure they’re following the law? How many people do they hire? It’s surprisingly tough to find out. Let’s stick with JPMorgan Chase. Their most recent annual report boasts that 43,000 of its 234,598 employees works in “fortress controls,” which includes compliance, and the company spends $9 billion on controls, up from $6 billion since 2011. Compare that to a this Wall Street Journal story from 2013, which said the bank planned to beef up its risk and compliance teams with $4 billion and 5,000 more people. What’s that add up to now? Only Dimon and co. knows.

It’s like that for most of the big banks. There’s an earnings call here, a news story there, but there are no easily accessible measures.

“The banks don’t disclose it the way you would like to see it or the way investors would like to see it,” said Hillary Sale, a law professor at Washington University and expert on securities and corporate governance. “They’re not required to disclose it that way, and honestly it’s tricky to measure because the costs go in lots of different directions and into different budgets.”

Banks are operating all over the world, and they’re hiring outside accountants and lawyers to assess compliance risk too. The money and staff who make sure the bank follows the new fiduciary rules, for example, are likely different from the folks who make sure construction workers halfway around the world aren’t being bribed.

Some analysts have tried to get a ballpark estimate. On a CitiGroup earnings call last year, the Financial Times reported, an analyst tried to tack it down by asking if the bank’s 23,000 compliance officers made around $60,000 a year. No luck, the bank would only say it was spending a lot. But even if they’d given a number, does it matter?

Sure, adding thousands of staff and spending billions might sound impressive, but the country’s massive banks have paid out billions more in settlements with the government. It’s a pretty safe bet that the running penalty tab surpasses what banks are spending on compliance, Sale said. Meanwhile, bankers love to point at compliance and legal costs when profits fall. But that’s unreliable too.

“One argument is we have unrealistic expectations for what the profit margins in banks should be, because they were under-spending on compliance” before the recession, Sale said.

In the end, it’s a problem of transparency and expectation.

“There’s lots of ways you can say, ‘what’s the right amount of compliance spending?’ And the honest truth is I don’t think we know,” Sale said.