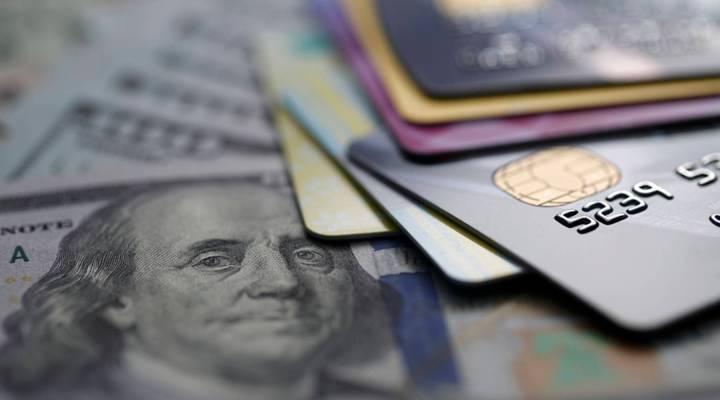 Ten years ago, the economy broke, and today America is a much different place. For the past year, Marketplace has been reporting on how the 2008 financial crisis changed the country. Here is what we’ve learned about how it changed banking.

Too Big To Fail And Getting Bigger

The financial institutions that were “too big to fail” in 2008 have only gotten bigger. The crisis led to an unprecedented wave of consolidation in an already coalescing industry, as floundering institutions like Bear Stearns and Merrill Lynch were gobbled up by giants like Bank of America and JPMorgan Chase. As the nation’s largest bank, JPMorgan Chase is so huge that if it were a country, it would have the 8th largest economy in the world — bigger than Brazil, Canada or Russia.

But that size isn’t all bad. Do you like the convenience of being able to take out money at an ATM overseas or even over state lines? You can thank bank consolidation for that. Do you like being able to deposit a check by taking a photo on your smartphone? You can thank bank consolidation for that, too. Banks may have gotten too big to fail, but they used to be “so small they kinda sucked.” In the several decades leading up to the financial crisis, banking laws loosened up, allowing banks to compete more on service and broaden their customer bases. Once banks were allowed to operate over state lines, they began to gobble each other up. Bigger banks now offer more perks and conveniences because they have to fight for your business.

There will never be another bailout

So, the “too big” portion of the “too big to fail” quandary has gotten worse, but the “fail” part, that’s another story. That’s because there will almost certainly never be another bailout. How do we know? Because the Dodd-Frank Law makes future bailouts illegal. Former Sen. Chris Dodd and former Rep. Barney Frank told us themselves:

Barney Frank: Not only politically could you not get away with what we were able to do in 2008, but legally you cannot do it. They wanted to leave open the window, so that a major financial institution could get financial aid to bail them out. We shut it down.

The law would have to be changed before passing a future bailout, and getting consensus from a deeply divided Congress on such a hot button issue would be nearly impossible today.

Is the system safer today?

The big question is whether the system is safer now than it was in 2008, and the answer is a tricky one. Our reporting found that the percentage of seriously underwater homeowners nationally has fallen from 31.4 percent in 2012 to about 10 percent today, and foreclosures are at an 11-year low. Banks are more regulated and lenders are more careful about handing out loans, meaning the odds of another financial crisis stemming from subprime mortgages is very small.

Financial institutions have also gotten less risky. Regulations now force banks to hold more capital against their loans, and with lower interest rates, less demand for lending and declining return on equity, banks are turning less profit. But that means the desire might be there to find new ways to make money, and financial innovation is what led to the subprime crisis.

There are also plenty of other threats out there.

Here’s a round-up of what some of the biggest names in finance and banking told us:

Ben Bernanke: I think it is safer. I think the reforms were, on the whole, quite constructive. The banking system is stronger, oversight is better. But the enemy is forgetting. That as time passes and the memory of this gets further in the rear-view mirror, then you’ll start hearing from Congress and from the banks, well, this is going to constrain lending, we should really start undoing all of these things as soon as possible.

Frank: My worry is that I don’t know what will happen next. Here’s the position with the financial system and others: The private sector innovates, and at some point the innovations outstrip existing regulations. And the mistake is if you wait too long. That was a problem in the ‘90s and in the 2000s. It wasn’t so much deregulation as non-regulation. I’m afraid we will see a repeat of this. I don’t know what the next set of innovations will be. My fear is that there will be innovations that will in part be designed to get around existing regulations and the regulations won’t catch up quickly enough. It’ll depend on who’s in power.

The Dodd-Frank Law created the Financial Stability Oversight Council, a group within the Fed that looks for future threats on the horizon. Before it was created, several regulatory bodies focused on specific markets or institutions, but that made it difficult to see cracks forming in the system as a whole.

Chris Dodd: I think the debt issue domestically, both at the national level, the state level, the community level, I think it is a huge issue that’s looming out there.

The looming global debt has also been cited as a source of concern. Rather than global debt staying flat or falling since the financial crisis, it has continued to grow by $72 trillion, and it’s different borrowers this time. Governments around the world like Argentina are struggling with massive debt while countries like Turkey are suffering from a weakening currency largely due to corporate debt. If one of these countries becomes insolvent, it could start a domino effect.

Jamie Dimon: We are not prepared for cyber, and it’s already a cyberwar. Companies like JPMorgan and hundreds of thousands of others are attacked every day by state actors, criminals, and we don’t have the authority in place to have the proper response and protection. The government knows this, by the way, but we still haven’t fixed it.

Tim Geithner: The great strength of our country is that in the crisis we were able to craft a relatively nonpartisan strategy to try to protect the country from much worse damage. But even at that time we’d seen a substantial erosion, frankly, in the ability of the political system to deal with tough long-term challenges. And of course, that’s eroded dramatically further since. I think the economic challenges we face as a country, however daunting they are, I don’t think are fundamentally about the absence of ideas or solutions, our challenge is getting those through a deeply damaged dysfunctional political system.

Nearly everyone we spoke with, from Timothy Geithner, Ben Bernanke and Henry Paulson, to JPMorgan CEO Jamie Dimon said the very fact that Americans are still feeling and talking about the 2008 financial crisis is a significant advantage in our fight against future crises. We’re paying attention, and that’s a lot more than we can say about ten years ago.