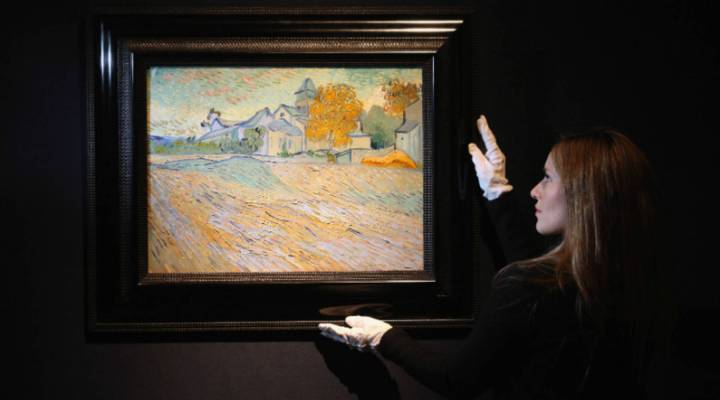 One of the more intriguing stories to come out of the Panama Papers leak was of Russian billionaire Dmitry Rybolovlev, who used a shell company to hide hundreds of millions of dollars’ worth of art. That had us wondering, how does art get hidden?

If you have a whole lot of Picassos and nowhere to put them, you could always store them in one of the world’s freeports. They’re warehouses that act as holding areas for international goods. One of the benefits of doing so is that since you’re not going through customs, they’re tax-free zones. For art lovers and dealers who could pay a chunk of cash from sales and use fees, storage in freeports has become key.

Some freeports have become practically like high-end galleries or museums.

“These storage facilities are some of the best in the world. I mean, they’re high-tech, secure facilities. So if you’re an investor in art, and you are treating it as an investment asset, it would make sense to have it stored in one of these types of facilities,” said Diana Wierbicki, who heads the art law practice at Withers Bergman.

Wierbicki said it’s unclear how much art is being stored in freeports, but clues point to a veritable trove.

“What we do know is that it is becoming more difficult to insure art at certain freeport locations because of the high concentration of art there, that it creates an increased insurance risk,” Wierbicki said. “Based on that, we know that there are large volumes of art that are being stored in these locations.”

Some fear freeports could be used to launder money through artwork, but Wierbicki said that calls for increased scrutiny of what enters and leaves the premises could make such a practice more difficult.

Marion Maneker, who publishes Art Market Monitor, said the subjective prices for art make it less of a draw for would-be launderers.

“Crooks are just people like you and me, and they want to be able to get their money as easily as possible, and that’s mostly why I think art just isn’t used that way,” he said.

Some speculate the reason Rybolovlev may have hidden his art wasn’t to hide his wealth from authorities, but from his ex-wife. Rybolovlev has denied the claim.