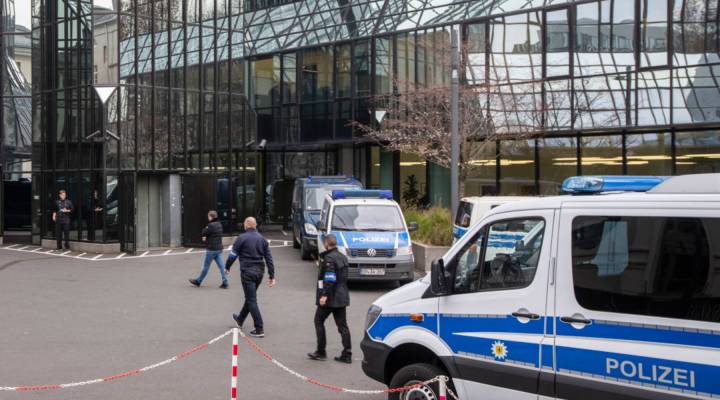 German authorities searched the headquarters of Deutsche Bank in Frankfurt and other offices on Thursday on the suspicion bank employees helped clients set up offshore companies in tax havens to launder hundreds of millions of euros, in an investigation brought about from an analysis of online document leaks.

Some 170 prosecutors, state police, national police and tax investigators were involved in the morning searches of six buildings in Frankfurt, and in nearby Eschborn and Gross-Umstadt, Niesen said.

The investigation was launched after evaluation of the explosive Panama Papers tax haven revelations and the previous Offshore Leaks report of offshore bank accounts, she said. The analysis “gave rise to suspicion that Deutsche Bank was helping clients set up so-called offshore companies in tax havens and the proceeds of crimes were transferred there from Deutsche Bank accounts” without the bank reporting it.

In 2016 alone, more than 900 customers are alleged to have transferred some 311 million euros to one such company set up in the British Virgin Islands, she said.

The suspects are accused of failing to report the suspicious transactions even though there was “sufficient evidence” to have been aware of it.

Deutsche Bank confirmed that authorities were “conducting an investigation at a number of our offices in Germany.”

“The investigation has to do with the Panama Papers case,” the bank said. “More details will be communicated as soon as these become known. We are cooperating fully with the authorities.”

Deutsche Bank shares slid sharply after the news broke, and were down 3.75 percent in midday trading in Frankfurt.