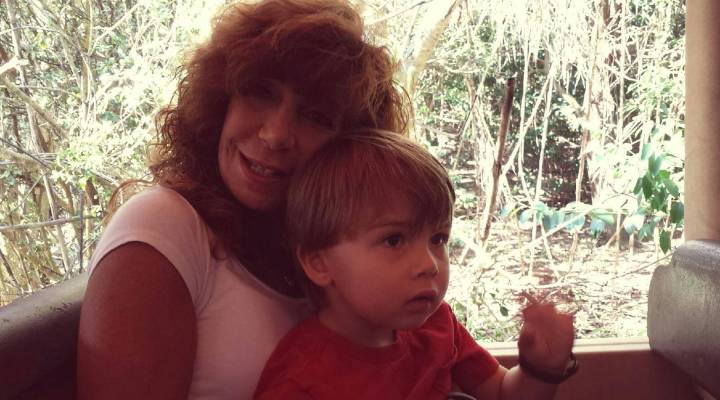 COPY
Alda Gentile with her grandson, Daniel. In 2012, police seized more than $11,500 from her while she was traveling from Florida to New York.  Courtesy of Alda Gentile

Alda Gentile with her grandson, Daniel. In 2012, police seized more than $11,500 from her while she was traveling from Florida to New York.  Courtesy of Alda Gentile
Listen Now

In 2012, Alda Gentile, her son and baby grandson were driving from  Florida to New York when police stopped her.

Gentile, who’d been working as a limo driver in New York, had wanted to scope out condos in Florida. She’d had  taken more than $11,500 in cash with her in case they spotted something. But after failing to find a place they liked, Gentile and her family decided to drive back home.

“This is when the nightmare started,” she said. “We were singing “Itsy Bitsy Spider” to the baby and suddenly, we see sirens came out of nowhere.”

Police stopped them across the Florida border in Georgia, allegedly for speeding. Then they found her cash.

She said for hours, officers made them sit by the side of the road, while they questioned why she had the money and asked if she was a drug dealer.

They eventually seized the money, though they didn’t find any drugs in the car, and she wasn’t charged with a crime.

“I was so baffled at the whole thing, and I remember thinking that ‘You guys are not police officers – you’re just pirates with badges. That’s what you remind me of right now,’” Gentile said.

Gentile got her money back a week later and eventually sued the police.

Under state law in Georgia and in some other states, law enforcement agencies can seize and keep money and property from people under suspicion without charging or convicting them with a crime – a process known as civil forfeiture.

Some say police in states with stricter forfeiture laws can also participate through a federal program known as the “Equitable Sharing Program” under the Department of Justice, which recently announced is resuming the program. The program allows local law enforcement to keep up to 80 percent of assets seized in conjunction with the federal government.

The money can be used for law enforcement purposes — things like bullet proof vests or patrol cars – but critics say that creates a profit motive.

Hottot said federal asset forfeiture has exploded over the last decade. In 2014, about $4.5 billion of assets were deposited into the Department of Justice’s forfeiture fund.

Hottot claimed it can be hard for people to get their money back in civil forfeiture cases because it can cost too much to hire a lawyer.

“You need to both attack and prosecute individuals,” M. Kendall Day said, chief of the asset forfeiture and money laundering section at the U.S. Department of Justice. “At the same time, you take away the instrumentalities of crime and the proceeds of crime. That’s the only way for sophisticated, transnational organizations that you’re going to make a dent.”

If things do go awry, there are remedies to allow for people to get their money back, Louis Dekmar said, Chief of Police at the City of LaGrange in Georgia and second vice president of the International Association of Chiefs of Police.

“I can tell you that professional law enforcement and policing is committed to doing right by its citizens but also at the same time, ensuring that its communities are protected,” Dekmar said.

Meanwhile, some lawmakers in states are working to restrict civil forfeiture laws to allow someone to be convicted of crime before having their money forfeited.