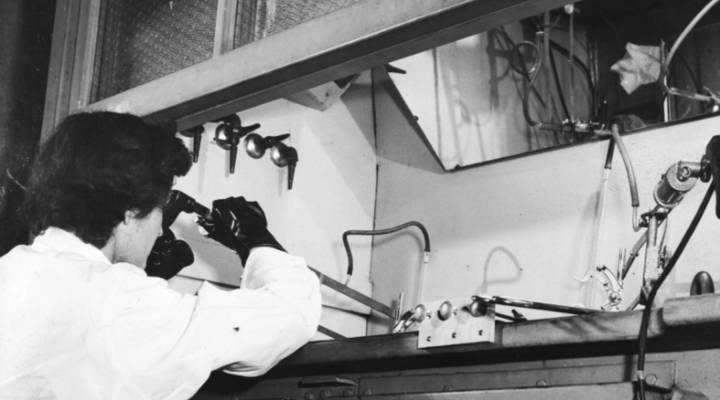 Representatives of more than 50 countries are in Washington for the White House’s Nuclear Security Summit.

That’s timely, given the terrorist attacks in Belgium last week, and concerns about its nuclear facilities. But there are rules for the private sector on nuclear security, too.

Armed security guards are required at nuclear power plants. And there are rules for universities handling radioactive material.

“My radioactive sources are stored in safes that are bolted to the floor so that the sources are not easily stolen,” said Howard Hall, who teaches nuclear security at the University of Tennessee.

Hall said terrorists looking for nuclear material would steal it from a hospital, which is more open to the public.

“Someone could figure out, ‘What room is that gamma source in, if I were wanting to steal it?’” he said.

But hospitals are supposed to restrict access to radioactive material, according to Scott Burnell, a spokesman for the Nuclear Regulatory Commission.

Facilities using nuclear material have to have a culture of vigilance, “where anyone feels free to raise concerns about how something is done,” he said.

Burnell said some nuclear power plants have received warnings for what he calls a “chilling effect,” where employees don’t feel safe bringing complaints about security to management.