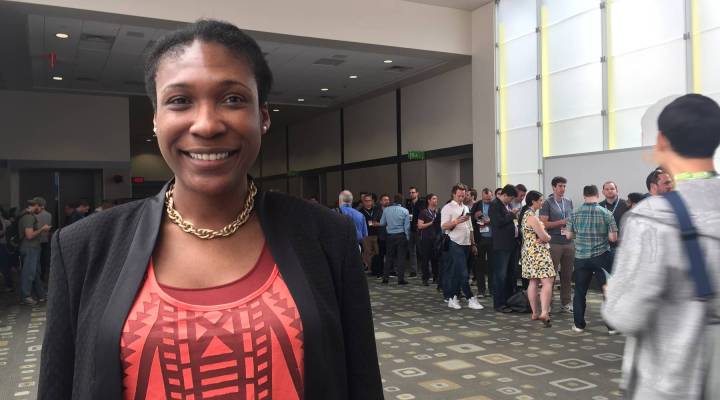 To help accomplish those goals, Pinterest brought in Candice Morgan as its new head of diversity in January.  She was previously at Catalyst, a consultancy firm that looked at diversity in the workplace.

Morgan said one way they’re planning to consider candidates from a variety of backgrounds is by implementing a Rooney Rule–type requirement. That means Pinterest will interview at least one woman and one underrepresented minority for all senior level positions. “We don’t favor those candidates,” Morgan said.  “We have no bias towards those candidates.  We hire the best person for the job. But it really changes the conversation in the hiring room. “

Those conversations can bring about surprising revelations. “We’ve actually reviewed all our job descriptions to make sure we have inclusive language that doesn’t favor one particular group.  There are some words, like ‘rockstar’ — a word I personally love — that can skew towards a gendered interpretation and discourage some groups from applying,” Morgan said.

She added that having a diverse workforce will make Pinterest a stronger company.

“When people come from similar backgrounds, they tend to get stumped by the same problem at the same time.  Just by having someone who can look at it from a slightly different perspective, we have more ways to solve these difficult problems.”