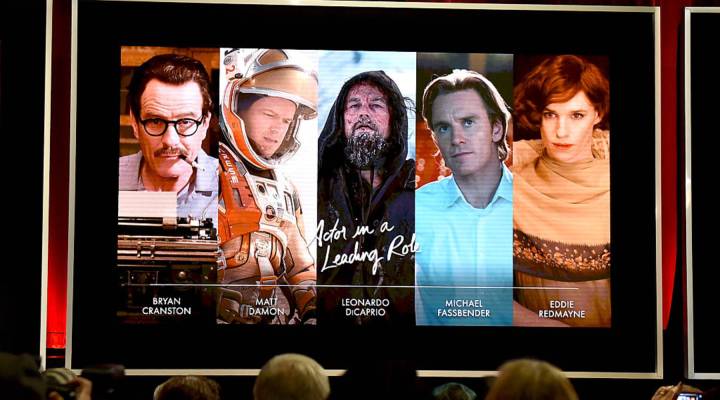 Last month, #OscarsSoWhite started trending as a conversation on the lack of diversity in the Academy Awards. With the Oscars around the corner, a new study released today suggests that homogeneity is an issue that spans across the entire film and television industry. The study on diversity and entertainment was published by the USC Institute of Diversity and Empowerment at Annenberg.

The researchers found that Hollywood is indeed very white, male and straight based on an analysis of the 11,306 speaking roles and 414 works of film or television in the 2014-2015 season. The study looked at major companies including Fox, CBS, NBC, Sony, Disney, Time Warner, Viacom, Amazon, Hulu and Netflix.

The study also reported a steep gender gap behind the camera. More than 84 percent of directors were male and 15.2 percent were female.

Last year, we reported on the bias affecting women pursuing careers in directing. Our Adriene Hill spoke to Cathy Schulman, president of Women in Film about the gender disparities in the industry.

“This whole issue begins with a pipeline, when studios and networks say they don’t have women to hire, they often say ‘why don’t the agencies have the clients for us to hire,’ the agents say ‘why aren’t the studios hiring our women?’ the schools say ‘we’ve got acceptance with gender parity — 50-50 acceptance,’ but what is happening from that early moment in film school to the moment that women are being considered to direct Hollywood-sized pieces of content?”

Catherine Hardwicke, director of the critically-acclaimed film “Thirteen” and blockbuster series “Twilight” felt this first hand. Hardwicke said that she tried to meet with studio executives about prospective projects, “and they would literally tell my agent, ‘oh, we want to hire a man for that job.'”

People of color have also been heavily underrepresented in the industry. Of the 11,306 speaking roles included in the study, 10,444 gave enough cues to determine race of the the character. White characters made up 71.7 percent of speaking roles, 12.2 percent were Black, 5.8 percent Latino, 5.1 percent Asian, 2.3 percent were Middle Eastern and 3.1 percent accounted for “Other.”