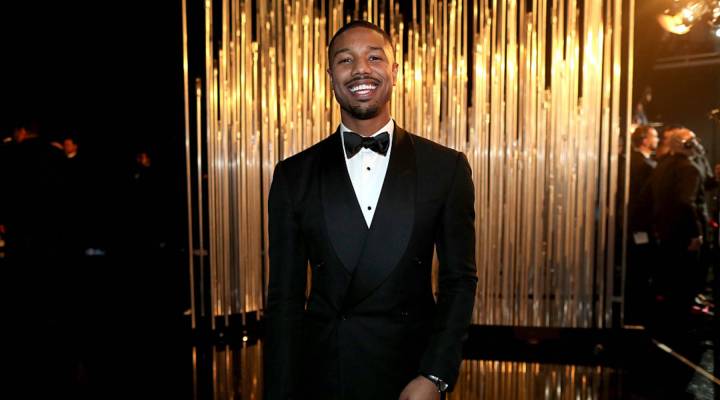 “It’s impossible to make a movie. I pinch myself every time I get a film off the ground or find a film that’s worthy to be invested in,” said Mynette Louie, an independent producer and president of Gamechanger Films, which finances feature films directed by women.

“We’re in a little bubble,” Louie said, “but in the larger, Hollywood world, it’s tough, because the vast majority of people who do the green-lighting are men. And are white men.”

“And they have the power to make or break stars,” she said.

But the Academy of Motion Picture Arts and Sciences, which is behind the Oscars, is making a push to become more inclusive. This year’s class, which is what it dubs its yearly invite-only addition to its membership, is 46 percent female and 41 percent people of color. But with the exception of Fox, which has announced an incoming female studio head, four of Hollywood’s five biggest studios are still all run by men, and it’s unclear how much real change the new members will create.

Louie said the problem comes from what’s called group bias — when we’re more likely to identify with and support people who look like us.

“If people of color don’t get cast in these big movies and supported with marketing dollars, you’ll never make stars out of them,” she said. And then how will the next generation of minority stars be born?

“The makeup of the academy doesn’t really matter until those people who are in charge of financing and hiring decide to get on board,” Louie said.

For actress Lynn Chen, who’s guest starred in HBO’s “Silicon Valley,” AMC’s “Fear the Walking Dead,” starred in the feature film “Saving Face” and who is also Chinese-American, getting parts was easier when she was starting out.

“It was sort of like they were choosing ice cream flavors. ‘We have our vanilla, and let’s see what else we have. Can we have chocolate and strawberry and butter pecan?’ I walked in and they were like, ‘There she is, butter pecan, let’s have her,’” she said.

There were fewer Asian-American competitors when she was young, notes Chen, and her competition was sparse. But recently things have been tough.

“As I get older, I don’t know if it’s a combination of the curse of being an older woman in Hollywood, or it’s just the way things are,” she said. “But it definitely is more difficult.”

But Chen notes, even though she’s talked about the lack of opportunities for Asian-Americans, for a long time, all the focus on the need for more diversity in Hollywood has opened her eyes.

“Last night I was watching ‘Kung Fu Panda 3,’” she said. “Kate Hudson is playing Mei Mei and Jack Black is playing the panda. And I was realizing — wait a second — is this whitewashing? How is Kate Hudson playing Mei Mei? Which is the Chinese term for little sister. How is that happening? She’s never been called Mei Mei in her life.”

“I don’t think I would have noticed that,’ she continued, “It wouldn’t have been in my consciousness until I thought about the whitewashing of Hollywood.”

“The problem is the power structure of the studios. It’s overwhelmingly white and it’s overwhelmingly male,” she said. Which leads back to a Catch-22. White men making decisions within a limited context. And while the academy has made an effort to diversify, Waxman noted, next year it may be more difficult. This year may have already fallen short.

“People who understand the industry are saying, ‘Hmm, well that person hasn’t done anything in 30 years. Or that person is actually a television person.’ But no one is going to call that out because we understand that the academy is making a big effort to diversify, and the problem is they can only invite people who are qualified, and they were clearly stretching as far as they could,” she said.

“The academy is only going to be able to invite new members of color and women of to the degree that the industry itself diversifies and surfaces that talent and hires them and gives them movies to make.”

Lynn Chen said she’s hopeful. Just this morning, she opened her mailbox and looked at the new list of academy members. She was thrilled to see, she said, the names of friends on the list.

“They’re going to make a difference. Because we talk about this in our everyday conversations. They actually say things like, ‘If I was deciding things, would be different.’ So, I’m going to choose to believe them.”