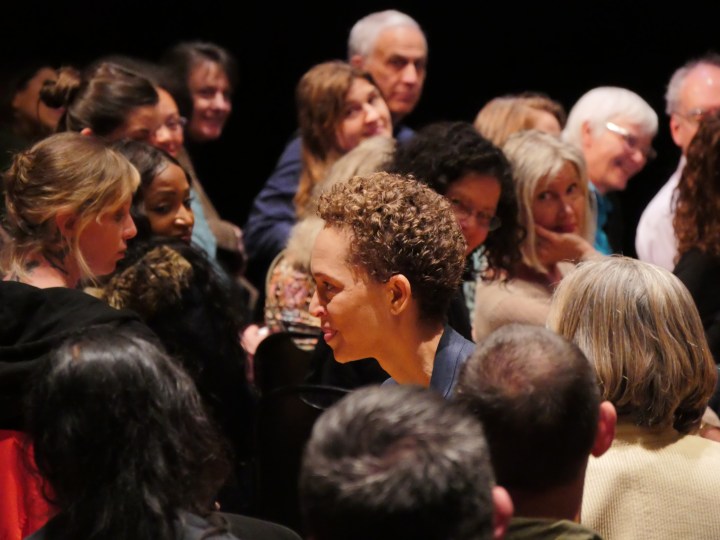 COPY
Fanshen Cox (center) is one of the co-founders of the Hollywood inclusion rider, which holds movie makers accountable for diversity and inclusion.
Changemakers

Fanshen Cox (center) is one of the co-founders of the Hollywood inclusion rider, which holds movie makers accountable for diversity and inclusion.
Listen Now

Hollywood was abuzz after actress Frances McDormand received a standing ovation at the Oscars for saying the words “inclusion rider” during her 2018 acceptance speech. That’s because her speech — and those words — were uttered at a time that Hollywood was visibly grappling with ways to make the industry more inclusive.

The phrase created buzz because people in the industry saw it as a way to make inclusion happen and keep the decision makers accountable. That’s because the inclusion rider is a clause that actors can include in their contracts that requires the production to be more inclusive. But as Fanshen Cox, one of the co-authors of the clause points out, it isn’t arbitrary; these productions should reflect what the real world, or the world of the story looks like. As she puts it, “if the movie is the David Duke story, then you don’t want any black people in there!”

I spoke with Cox about how the inclusion rider came to be, and how it’s changing Hollywood. Below are lightly edited excerpts of our conversation.

What’s in a name?

My name Fanshen which means literally in Chinese “to turn the body over” or “to turn over.” And so my parents really chose this name on purpose because it was used by this small village in China to mean “to turn over the power structures.” I’m trying to fulfill my parents’ wishes for me to help change the world.

I started working at Pearl Street a little over three years ago and I knew that I was coming in to push [founders] Matt Damon and Ben Affleck internally, inside the office. What kind of decisions are we making? How do we make sure that the projects that come out of Pearl Street actually represent what the world looks like? And so the first thing I did was look up who is working in this space that actually has solutions.

I found the USC Annenberg Inclusion Initiative and they were doing all of this amazing work around gathering data on representation. So they — [founder Stacey Smith, Marc Choueiti and Katherine Pieper] came into the office and they presented their data to Matt and Ben. And then at the end of the meeting we said, “OK, what are the solutions? What kinds of things can we do?” And Stacy said, “I have this idea.” She had done an op-ed in the Hollywood Reporter … and mentioned an addendum to a contract where an A-lister can add an addendum to their contract that says that they would not take a role unless the studio agreed to a representative number of cast and crew that reflects the demographics, either of the story, of the location where the story is shot or where it takes place.

She brought that up at the end of this meeting and both Matt and Ben sat there and said, “absolutely, we can do that. We can do that 100%.”

At that point, Stacy reached out to Anita Hill and, asked her to help us draft the legal language for the inclusion rider. She wasn’t available, but she said, “I have this great colleague and her name is Kalpana Kotagal. She’s a civil rights attorney, she works on labor law.”

Stacy, Kalpana and I worked together for eight months to a year crafting the language; each of us bringing in our area of expertise into the language of the document.

So my thinking really about story: if the movie is the David Duke story, then that’s fine. We don’t want any black people in there; you can just have all the white people, right? But otherwise we want you to really think about this story that you’re telling and, and what are the kind of limitations you have in your head around casting. Push yourself to move outside of those boundaries. Stacy really talked about data and demographics. And Kalpana was so great at crafting it, so we could avoid claims of reverse discrimination, for example.

Then we decided internally in Hollywood, we’re going to make calls, we’re going to talk to other people. We’re asking Matt and Ben, “call your buddies, call your George Clooney and your Brad Pitt,” like call everyone, ask everyone to use this. And then the next thing we knew it was Oscar night of 2018.

The inclusion rider at the Oscars

So we were all in our own homes watching the Oscars that night and she says it and we all immediately start calling each other and then it blows up in the best of ways! We were definitely getting into a cycle at that point where we were getting some pushback. It was never a full on, “no, we’re not going to do that,” it was, “why don’t you do it this way instead?” And we could tell that people were feeling uncomfortable about it, inconvenienced by it. And so her saying it meant that now we could be held accountable by the public.

The beautiful thing is that we have lots of stories of people from the entertainment industry who are taking it [the inclusion rider] on. And so now we just hold people accountable and we hope people will hold us accountable.

The most important change … we won’t see for five years, but I’m confident that in five years the demographics will change. We will see more representation.

To listen to Fanshen Cox talk about the inclusion rider, click on the audio player above. 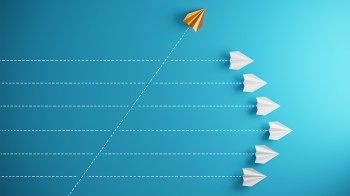