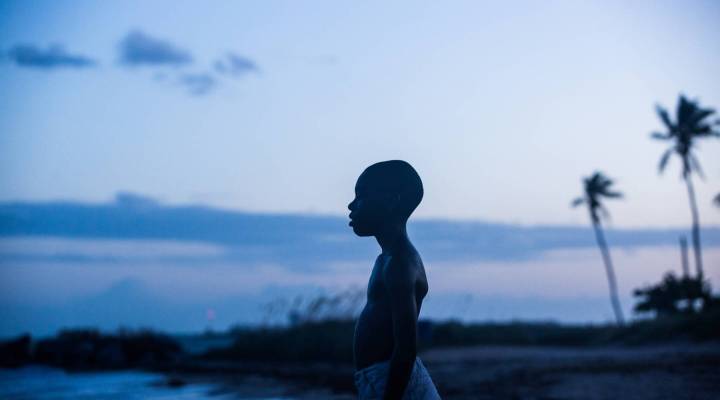 COPY
"Moonlight," based on the play "In Moonlight Black Boys Look Blue," was made for less than $5 million. Courtesy: A24

"Moonlight," based on the play "In Moonlight Black Boys Look Blue," was made for less than $5 million. Courtesy: A24
Listen Now

“Oscar buzz” is a phrase you hear a lot this time of year. As the holidays approach, studios carefully send the films they believe can snatch up an Academy Award or two down the pipe. And this year, on the tail of two straight years of the #OscarsSoWhite controversy, the conversation about diversity in Hollywood will no doubt be louder than ever.

But it’s a quiet film that may help shake things up the most this year, not just because it’s made by a black filmmaker and stars and all-black cast, or because it’s about two young men struggling with their sexuality, but because it is the antithesis of a big-budget blockbuster in nearly every way. It’s called “Moonlight,” a film made for less than $5 million that is being called by the best film of the year.

Barry Jenkins wrote the screenplay and directed the film, which is adapted from a play written by Tarell McCraney titled “In Moonlight Black Boys Look Blue.” Jenkins and McCraney both grew up in a gritty Miami neighborhood called Liberty City, but they didn’t meet until just a few years ago when McCraney sent his play to Jenkins.

We lived just blocks from each other, and both our moms went through this addiction to crack cocaine so vividly depicted by Naomi Harris in the film and yet we never knew one another.

Jenkins said when the draft of McCraney’s play hit his desk, it immediately felt like his story too.

I think it was very personal and semi-autobiographical, and it was beautiful because when it came to me, it had enough space where I could put my sort of biography into this character Chiron, the main character in the film, and once we decided to structure it in three chapters, then I really found all these in-between places to sort of place all of these what I call memories of what it was like to grow up in this place into the film.

The film’s three chapters each show Chiron at a different point in his life — as a young boy, a teenager and then a grown man. Each is titled over black silence, offering the audience a chance to process what they have just seen.

I do think the audience has to work a little bit. When you read a book, you’re working a lot. You have to create all of the visuals in your mind. I think film is different in that you’re presented with sound and image and so you don’t have the same expectations of work. But I think it’s like literature. You should do a bit of work to complete the story.

Jenkins said the movie was shot fast. Actress Naomi Harris’ scenes were shot in just three days, but they affected him the most.

The days I worked with Naomi Harris, essentially playing a composite of my mom and Tarell’s mom, was really intense. The only way to get through that is to know  “I am a craftsperson. I am a filmmaker. I am creating this thing. The thing isn’t me. I’m going to put a lot of myself into it, but it’s a movie.” It’s the only way I can get through it. The only way.

I love that when you first meet her, she’s this working, single woman. She shows up in a nurses uniform, she’s got her badge, and you see over the course of the film… To me that’s a character is a microcosm of the neighborhood I grew up in. It went from a place where there was industry, there were these jobs, and then crack cocaine hit and you just saw these people who were almost these pillars of the community hit rock bottom. And with that you have these kids who now are not provided for, they can’t eat as much as they did, nobody is telling them to go to school. All these things ripple throughout.

So will “Moonlight” will finally put an end to the hashtag of #OscarsSoWhite? Jenkins said the conversations in the industry didn’t start with that hashtag.

It takes a long time to make a film. This film began about three and a half years ago. I’m sure some of these other films – “Fences,” “Birth of a Nation,” “Queen of Katwe,” “Thirteenth” — I mean, there’s just so many of these films this year that all probably began four, five, six years ago. And I think that’s a genuine response to the lack of voices, the absence of diversity, and not a response to this conversation that began nine months ago at the Oscars with #OscarsSoWhite. So I think the response has already begun, and you’re seeing it in the work, and to frame these pieces as a sort of reflection of the conversation that’s been had for the past 18 months is a bit false, because it takes a bit of the will away from the creators and from the financiers who have begun to do the work to address this lack of diversity.