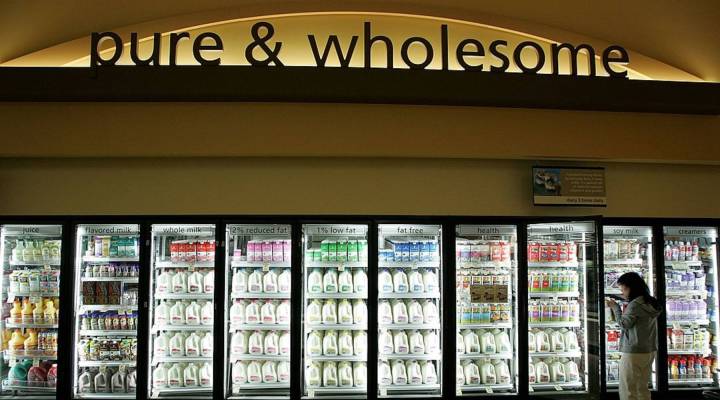 As Bloomberg notes, big food has come out strong against state labeling laws, arguing it’s not realistic for national brands to change packaging for individual states and one state law could become a defacto federal requirement. With Vermont’s labeling law taking effect this summer and no federal rules to supersede it, that’s exactly what’s happened. Unless Congress acts, Vermont will set the tone for the rest of the country.

Campbell Soup starting prepping its own nationwide GMO labels earlier this year. After fighting state labeling laws with the rest of big food and Vermont’s law on the way, Campbell decided it was easy enough to start labeling everything.

“The execution, on a national basis, of changing labels and flowing those through our supply chain and getting them onto the shelf is very straightforward,” Mark Alexander, president of the company’s Americas Simple Meals and Beverages division told us at the time. “We do this every day of the week as part of our business.”

Food companies have long pointed to scientific evidence that genetically modified food is safe. But as McDonald’s learned last year, consumer sentiment is moving toward “natural” foods, even when those foods are high in sugar or fat. Essentially, many customers would prefer unhealthy food that hasn’t been tinkered with over food that was designed to be healthier.

Also at issue are “non-GMO” labels, which are unregulated by the FDA. It’s a vague label that’s difficult to verify and depends on how one defines “genetic modification.” The agency released guidance last year, warning it would take action against companies that claim non-GMO food had health benefits or slapped the label on food it’s impossible to modify, like salt.