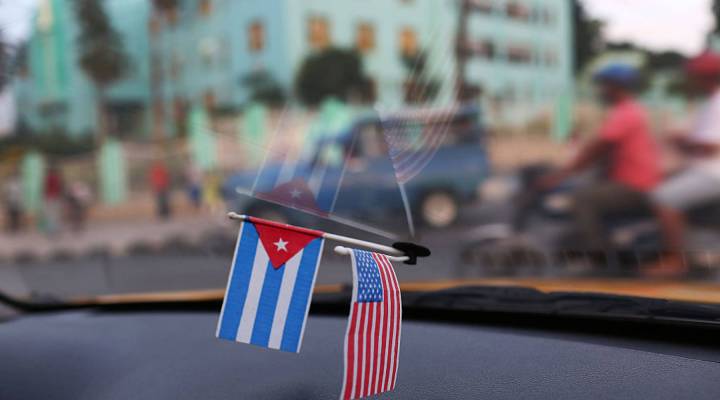 We spoke with Cardiff Garcia, a reporter for FT Alphaville fresh from a trip to the island on how reduced sanctions will effect businesses who want to set up shop in Cuba.

On how prepared Cuba is for the arrival of the business from the United States:

It’s clear right now that Cuba wants the investment, they want the tourism they need the revenues but at the same time the infrastructure upgrade is coming along very slowly, the business environment is still very soft. I’m quite certain that they welcomed this opening but at the same time they’re going trough it with quite a bit of wariness.  I think the Cuban population is excited about, possibly more so than the Cuban government.

On the capabilities of Cuba’s tourism sector:

The tourism boom there has been quite impressive in the last few years, and there isn’t the hotel capacity to deal with it. Some of them are allowed internet access because they are businesses, but remember internet is not allowed in the homes, and it’s only very  gradually being allowed to be accessed in other places. Most places in Cuba don’t accept credit cards. One of the inconveniences of traveling to Cuba, for Americans in particular, is you have to have enough cash on hand to last the entire trip or you’re going to run into some serious problems.

Carda on the readiness of Cuban and American businesses to conduct trade with each other:

Some American businesses have been exempt from the embargo all along, agriculture, telecommunications. I think other businesses are gonna be surprised to find that regulations on the Cuban side are still really quite stringent. Right now for instance when you invest in Cuba, it has to be in a joint partnership with with the government in a minority stake. You have very limited access in terms of dealing with your own employees, and even paying them. Cuba is very slowly rewriting its investment laws, and its established this economic zone that’s trying to attract new investment and where the rules are a little more favorable for foreign companies. It is still a very profoundly bureaucratic place, especially for business.