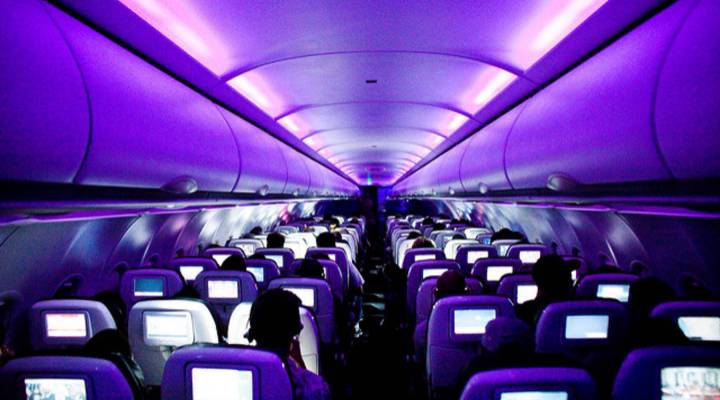 COPY
Companies like Boingo and Gogo, which provide Wi-Fi in airports and planes, are increasingly worried that business could be lost to service provided by smartphones. Thomas Hawk/Flickr

Companies like Boingo and Gogo, which provide Wi-Fi in airports and planes, are increasingly worried that business could be lost to service provided by smartphones. Thomas Hawk/Flickr
Listen Now

If you’re a traveler with a taste for the Internet on the road, you’ve definitely heard of the companies Gogo and Boingo, which report earnings Thursday. Gogo is the dominant Wi-Fi provider on North American planes. Boingo serves up connectivity in airports, train stations and other public places. In different ways, each company faces special new challenges, from competition, a changing wireless landscape and our own high expectations.

One of the biggest problems for these companies is us. We now expect Wi-Fi to be fast, free and everywhere. But the reality is that somebody has to pay for the pipes. And they’re often going to have to charge us to access them, which makes a lot of people mad enough to complain. That’s why social media and travel forums are packed with complaints about the cost and speed of Gogo and Boingo.

The companies both bring you Wi-Fi when you travel, but they are quite different:

Gogo has an enviable 80 percent market share of in-flight Wi-Fi, fortified by contracts with major U.S. carriers. But competition is lurking. Gogo investors freaked out earlier this month when American Airlines sued, threatening to drop Gogo for its competitor ViaSat. American has since dropped the suit and is negotiating with Gogo. The spat is a reminder that new competitors could knock it out of the sky with faster, cheaper offerings.

Boingo does more than sell Wi-Fi to travelers, but it is best known to many as the name of the wireless network that pops up when they try to get online at an airport. The formidable competitor it’s worried about? The smartphone in your pocket. The company began in 2001, well before the iPhone or ubiquitous free Wi-Fi. Now that customers have web access on their phones, Boingo is increasingly getting other people to pay, such as advertisers and financial companies. It now offers free Wi-Fi to customers who watch ads and to elite credit card holders.