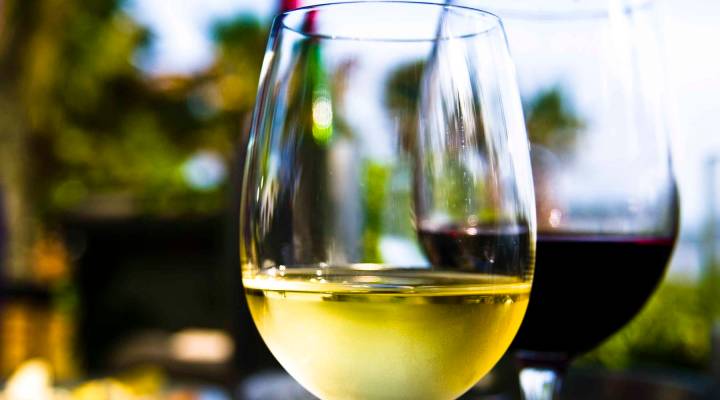 Have you ever wondered how a winery decides what to charge for a bottle of wine? Michael Devitt of Boise, Idaho did, and he sent in this question for our “I’ve Always Wondered” series:

He asked, “How do wineries set the price for a bottle of wine? What is the difference between say, a $10 bottle and a $30 bottle? Costs? Taste?”

Michael Devitt wondered how wineries set the price for a bottle of wine.

So, the first thing you should know is there’s a difference between wine that’s mass produced and sold nationally or internationally, and wine from wineries that sell locally.

Now that we’ve got that out of the way, let’s chat with Robert Ross Moody, chairman of the Sommelier Society of America, a sommelier being a wine expert, often at a restaurant.

Moody said 80 percent of the cost of a $30 bottle of wine, distributed nationally, can be advertising.

“They’ve spent a lot of money to promote the particular wine and the more money they spend promoting the wine doesn’t necessarily mean that makes it a good wine,” he said.

Moody said most of the wine made today is just average – even below average. What he calls plonk.

But Moody said, don’t be suspicious of cheap wine. It could surprise you.

OK, so you know what plonk is. Now, let’s talk about those small, local wineries I mentioned.

This part of the story needed grueling, in-person research: A winery visit was required.

I trekked to a winery in my home state of Maryland. Knob Hall Winery is in the western part of the state. It’s owned by Dick and Mary Beth Seibert.

When I knocked on the door of the farm house behind the winery, Dick answered, along with a golden retriever and a corgi. We headed across the farm yard to the winery, sat down, and I asked Dick Seibert how they price their wine. He said the price depends on three big costs.

“It would be vineyard, then production, then sales,” he said.

The vineyard costs $17,000 per acre just to get it up and running. That’s the cost of plants, a tractor, a sprayer, and so on.

The production costs? Expensive hand picking of the grapes, followed by hand sorting, which the mass producers don’t do.

“And we’re pulling out any bugs, any leaves, any stems,” Seibert said. “So that’s a real difference between inexpensive wine and more expensive wine.”

And then there’s the final cost Seibert mentioned, sales. His operation has one sales person who goes around to restaurants, but he spends very little on marketing.

“Not even .8 percent is marketing,” Seibert said.

But the small wineries are all a little bit different. And that brings us back to the listener who asked about wine prices in the first place, Michael Devitt. He did some reporting of his own, in Boise, where he’s a physical therapist. Michael went to a winery just outside Boise called Coiled.

Owner Leslie Preston broke down the cost of a bottle of her wine for him.

“The grapes are going to be about 15 percent,” she said. “The package might be 10 percent. The production is the vast majority of the cost for me.”

Now, if you don’t have the stamina (or time) for a grueling winery visit, don’t worry. Our sommelier, Robert Ross Moody, said your best bet is to go to a wine store and ask, what’s good?  They’ll steer you away from the plonk.