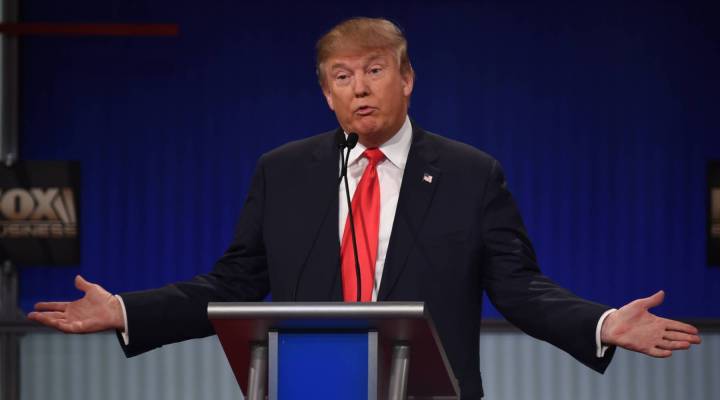 COPY
Donald Trump speaks during the Republican Presidential debate sponsored by Fox Business earlier this month. Trump has stated that he will not be participating in the upcoming debate hosted by Fox.  TIMOTHY A. CLARY/AFP/Getty Images)
Election 2016 Debates

Donald Trump speaks during the Republican Presidential debate sponsored by Fox Business earlier this month. Trump has stated that he will not be participating in the upcoming debate hosted by Fox.  TIMOTHY A. CLARY/AFP/Getty Images)
Listen Now

If you’re a voter, you may not have made up your mind yet, but advertisers already have. They know an ad during a presidential debate can be worth a lot.

“During the debate, you not only know that you’re going to get audiences, but you know who the audiences are,” said Ronald Goodstein, an associate professor of marketing at Georgetown’s McDonough School of Business.

And for Democratic debates, it’s the other way. But no matter what their politics, said Goodstein, a specific audience is worth a lot more to advertisers than a general one. That means networks can charge a premium for advertising during an election-time event.

“These are a series of mini Super Bowls for them,” said David Campanelli, an executive vice president for Horizon Media, an ad-planning-and-buying firm. Most ads for the debates are sold in advance, and often bundled with the network’s harder-to-sell time slots.

“They use the debates to package less desirable inventory and sell it together,” he said.

That means unlike Donald Trump, who says he won’t participate in Thursday’s debate, advertisers are locked in.

“Trump’s not being there could hugely negatively affect viewership,” Goodstein said. “I don’t want to pay 400 percent more and not have the eyes I want.”

Republicans, he said, would have tuned in to hear what the candidate has to say. “And,  if I’m on the other side, I want to see him because I hate him,” he said.

Luckily for advertisers, said David Campanelli, most ads on national TV come with a guaranteed number of viewers. Kind of like a campaign promise. But unlike in politics, if a network doesn’t deliver to its advertisers, it still has to make good later.

Correction: A previous version of this story misspelled David Campanelli’s name. The text has been corrected. 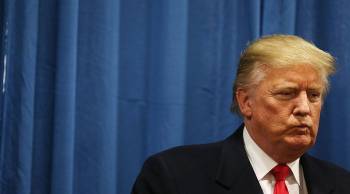 Election 2016 Debates
Tags in this Story
Share this Story