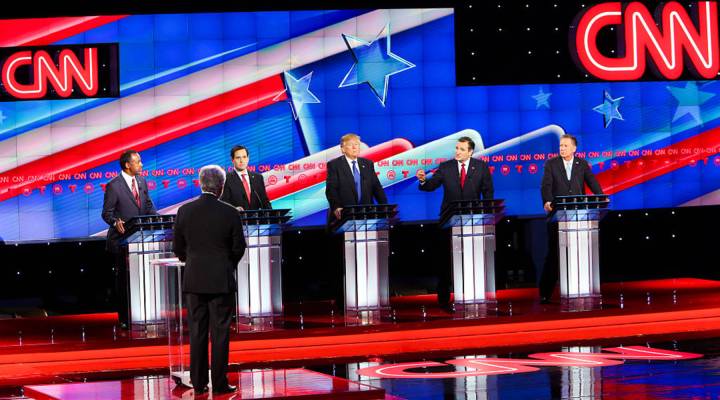 The presidential debates — particularly the Republican ones — have transfixed millions of viewers, and ad rates have risen fast.

Dade Hayes is editor of Broadcasting and Cable Magazine, said networks are charging six figures for a 30 second spot — many times what they used to. And they’re pulling in hundreds of millions of dollars overall.

“To put it in sports terms, this is like an additional round of the playoffs,” he said. “These debates, really, a decade ago, did not exist.”

All those shows dissecting the debates afterward also fuel viewership.

David Campanelli, with Horizon Media, an ad planning and buying firm, said it’s not just the debate ads — the broadcasters give those advertisers conditions:

“To buy something in a debate, you’ve got to spend this much on CNN in other weeks too, or other times of the year,’ so they’re kind of double-capitalizing on it,” he said. “It’s been a huge home run for them.”

He said the networks are only hoping the rest of the campaign will be as lucrative.