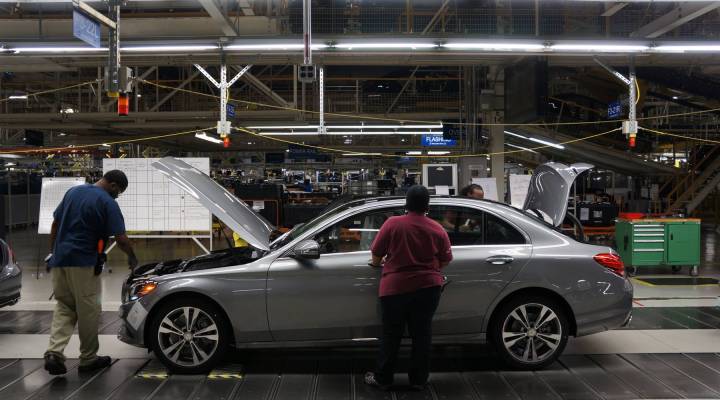 For the next year, we’re going across the country to listen to you.  Our yearlong series called My Economy zooms in and tells the story of the American economy — and the new economic normal — through the stories of people trying to make it in this economy.  Because we know the only numbers that really matter are the ones that reflect how your economy is doing.

Tuscaloosa has just above 5 percent unemployment, which is what the government considers “full employment.” It also happens to be almost dead on the current national average. But the Metropolitan Statistical Area, as labor statisticians like to call it, includes towns – and economies — of all sizes.

We started our trip in Greensboro, Alabama, a town of only 2,500 residents. People are hopeful and hardworking there, but times are a bit tough. Many of the folks there told us they’re still getting back to normal five years after the recession officially ended.

But up north about 35 miles on Highway 69 is Tuscaloosa proper. On paper, it looks pretty much the same — 5.4 percent unemployment. But it feels a lot different. Part of that is because of the University of Alabama (roll tide!), but the real lifeblood of the city is manufacturing.

Workers at Mercedes average about $28 an hour. (Tommy Andres/Marketplace)

There are a lot of companies with factories in Tuscaloosa — Michelin Tires, JVC America — but the real change happened there when Mercedes chose western Alabama for the home of its only North American production plant in the mid 1990s.

Before Mercedes set up shop there, not a single car was manufactured in Alabama. Now, the state ranks fifth in car and light-truck production, to the tune of a million vehicles per year.

Hyundai, Honda and Toyota all call Alabama their manufacturing home, but it was Mercedes that started it all.

“We make north of 1,200 cars a day now,” said Brian Whittier, the vice president of Body and Paint Operations at Mercedes-Benz U.S. “The demand in the plant has been very steady and growing over the years and now we’re getting pretty close to our plateau, somewhere around 300,000 (cars) a year.”

To keep up with that demand, Mercedes has expanded several times in the past two decades. The company just announced another $1.3 billion expansion, which will bring the total number of jobs at MBUSI to nearly 4,000 by 2016. Whittier says the average employee in his plant makes around $28 an hour, and many of the company’s upper level employees are high school grads who have worked their way up.

Earnest Showell started working at Mercedes 18 years ago. He had gone to college for two years and wanted to be a teacher, but after he got married and had a family he needed a better job. He says he’s now making around $80,000 a year in Quality Control.

“I feel that because of the choices that I’ve made with what I have and what I’ve earned, right now my economy is, it’s okay,” Earnest said. “I think it can be better for some others, but Mercedes is opening the doors for a lot of other people to actually share in what we’re doing here. There are a lot more suppliers and other manufacturers that are coming here in this area, which has given [people] the opportunity to make better lives for themselves. It’s pretty great.”

Earnest Showell has worked at Mercedes for 18 years.  (Tommy Andres/Marketplace)

Showell knows Greensboro well, and he says that when it comes to the economic opportunities in Tuscaloosa, in some ways it’s the luck of the draw.

One of the most popular spots for Mercedes employees to grab a bite to eat after a long day of work is Dreamland Bar-B-Que. And just about any given night there, Angelique Montgomery is waiting tables.

Dreamland Bar-B-Que has been a Tuscaloosa staple since 1958. (Tommy Andres/Marketplace)

Angelique is 27 years old. She’s the first person in her family to graduate high school, the first go to college and in December she will complete her master’s degree in material science from the University of Alabama. She’s then planning on getting her PhD. But the climb up hasn’t been an easy one and it hasn’t come cheap. She often works every day of the week at Dreamland to make ends meet and she’s racked up an astounding $190,000 in debt. She says she’s trying to make a future for herself, but it’s not easy.

Twenty-seven-year-old Angelique Montgomery is getting her master’s degree while waiting tables at Dreamland. (Tommy Andres/Marketplace)

Zayvion Jackson is the guy who cooks the famous ribs at Dreamland. He tends to a dozen racks at a time, flipping them in a hot fire oven. He’s a father of four who spends his days working for an electrical contracting company called Taylor Electric and his nights and weekends working at Dreamland.

Zayvion Jackson wears his “Ain’t Nothing Like Them Nowhere” shirt describing Dreamland’s ribs as he cooks them. (Tommy Andres/Marketplace)

When you get down deep into that unemployment number – 5.4 percent – you quickly learn that what it tells you is a lot less than what it doesn’t. In western Alabama, in one Metropolitan Statistical Area we found a catfish farmer trying to make it back from the brink, high school kids staring down an uncertain future in a small town, an auto worker who has exceeded all of his own expectations, a college student burying herself in debt to try and climb up, and a father working two jobs with nothing to complain about. They’re all experiencing the same economy, the one that looks so good on paper, really, really differently.

We are going to continue our coverage of what the economy feels like to people across the country, and we’d like to visit you. Tell us why we should come your way. 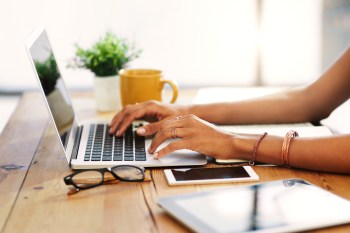