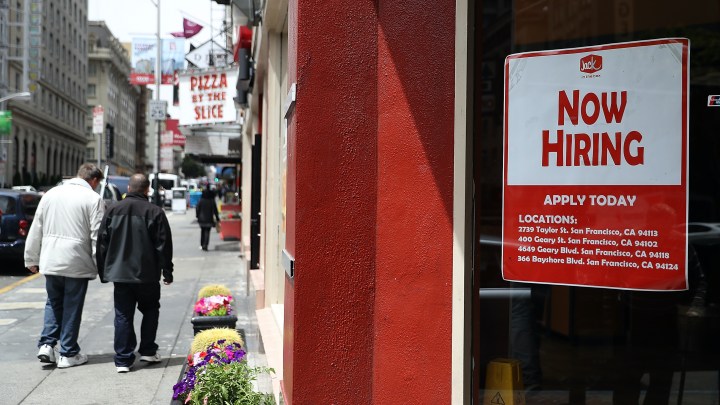 Treasury Secretary Janet Yellen and other administration officials are promoting the $1.9 trillion COVID relief package. To that end, Yellen said this to ABC over the weekend: “I’m hopeful that, if we defeat the pandemic, that we can have the economy back near full employment next year.”

It was widely accepted by economists that the U.S. economy was at full employment in late 2019 and early 2020, with headline unemployment falling to 3.5% for the first time in 50 years — just before the economy careened into COVID and unemployment quadrupled to a peak of 14.8% in April. As of February 2021, unemployment had fallen back to 6.2%. So there’s still a long way to go to achieve “full employment.”

Economists think of full employment as a perfect sweet spot for the economy: The unemployment rate is as low as it can get without employers having to bid wages through the roof to get the workers they need. Everyone who wants a job can get one. And inflation doesn’t soar out of control.

Dean Baker, co-founder of the Center for Economic and Policy Research, said that in past economic recoveries, policymakers (including Yellen and current Federal Reserve Chair Jay Powell after the Great Recession) have often put the brakes on before the economy got to full employment. “There was a concern we were hitting the economy’s limits in terms of how low the unemployment rate could go,” Baker said. “Again and again and again, the Fed raised [interest] rates to prevent the unemployment rate from falling.”

But Baker said that in this recovery from massive pandemic job loss, Yellen and Powell appear to be following a more ambitious unemployment script. “They really do want to press the economy to see how low we could go,” he said.

That likely means getting the headline U-3 unemployment down to 3.5% or lower, according to Baker.

Economist Mark Paul at New College of Florida said policymakers will also try to reduce other key measures of worker distress and financial hardship. “This means looking at unemployment for certain groups that have traditionally been stigmatized in the labor market,” Paul said, “such as Black workers, who tend to experience unemployment rates twice that of white workers.”

Also, policymakers will “be looking at regional measures of unemployment,” Paul said. “We have very strong labor markets on the coasts but extremely weak markets in Middle America, which has led to a great increase in economic inequality across geographical areas.”

Job creation is accelerating — 379,000 were added in February — and that’s likely to continue, with new government stimulus being delivered, COVID cases down and vaccinations up.

“All these conditions are coming together to light the economy on fire,” said economist Dan North at credit insurer Euler Hermes North America.

But North also said the economy has a lot of ground to make up. He estimates that at least 30% of small businesses have folded: “New businesses are going to start up, but it will take probably to late 2022, early 2023 to get all the jobs back.”