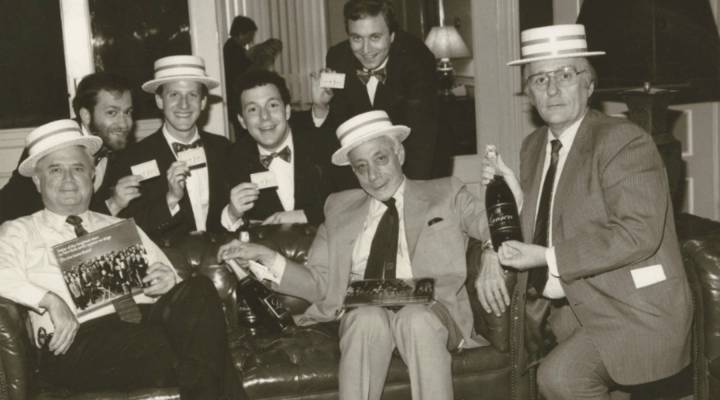 In the 1970s, Time Square was not somewhere you wanted to be. It was reported to be one of the “dirtiest, wildest, toughest neighborhoods anywhere.” But now, people visit from all over the world, thanks to the resurgence of the theaters on Broadway. To give an example of just how much theaters have changed in that time, here’s a wild fact: In 1972, 17 theaters on Broadway weren’t even valued at a million dollars. Now, it would cost about $350 million to build just one theater on that same stretch of land.

Michael Riedel wrote about the importance of Broadway in his new book “Razzle Dazzle: The Battle for Broadway.”

On how Broadway’s colorful characters are as important to New York City as Wall Street, real estate, civic leaders and politicians:

When New York City was careening towards bankruptcy in the early ’70s, when Times Square was a dangerous, smutty place full of prostitutes and pimps, and no tourists, believe me, ever wanted to go to Times Square back then. When Broadway itself was falling apart, there were a handful of very colorful, ego-maniacal, driven characters who loved the theater, who stuck by Broadway, who saved it, and in so doing, helped lift the fortunes of Time Square and ultimately New York City itself.

On a turning point:

I would say one of the watershed moments in the history of Broadway, but also New York City, is when a young choreographer went to Joe Papp, the great Joe Papp who ran the public theater here in New York City. This young guy, he brought with him a reel-to-reel tape recorder, and he had spent a few nights with his friends who were all dancers in the choruses and Broadway shows, and they got together. They cracked open a bottle of cheap wine, and they sat around, and they talked about their lives, and he played those tapes for Joe Papp. And Joe Papp listened for about 15 minutes, and he said to this young guy whose name was Michael Bennett, and he said, “I don’t know what it is, but I’ll give you some rehearsal space and a little money and go to work.” And within a year, Michael Bennett created a show called “A Chorus Line,” and suddenly there was something in Time Square, something on Broadway that people around the world wanted to see, and that was “A Chorus Line.”

The three Shubert brothers who started a Broadway theater empire. From left: J.J., Sam and Lee Shubert. Sam started out in the business as a teenager, eventually joined by his two brothers. (Courtesy Shubert Archives)

On Disney’s involvement in theater:

Without “Cats,” without “Les Miserable,” without “Phantom of the Opera,” Broadway would not have turned around either. Those were the shows that a company like Disney looked at … the initial investment in “Phantom of the Opera” was something like $6 million, but the worldwide gross is $4 billion. This is a business model that works.

Michael Crawford, Andrew Lloyd Webber and Sarah Brightman at a curtain call for “The Phantom of the Opera.” (Courtesy Betty Jacobs)

Read an excerpt from “Razzle Dazzle: The Battle for Broadway” below.

In 1968, 9.5 million people took in a Broadway show, according to Variety. After that, the numbers began to slide, precipitously. In 1970, attendance dropped to 7.4 million. A year later, it dipped to 6.5 million. The bottom fell out in 1972. Only 5.4 million tickets were sold, the fewest in Broadway history. How, within just four years, did the theater industry lose nearly half its audience?

Broadway weathered competition from the movies, in the thirties and forties, and television, in the fifties. What it nearly didn’t survive, toward the end of the sixties, was rock music. Once the Beatles hit town, Broadway became something to take your grandmother to on a Sunday afternoon. The change in popular culture played out on The Ed Sullivan Show. Sullivan began his career as a sports columnist for the New York Evening Graphic and then took over the Broadway beat when Walter Winchell left the Graphic for the Daily Mirror. Sullivan eventually took his Broadway column to the New York Daily News. He loved the theater, especially musicals. One of his best friends was Richard Rodgers, who along with his writing partner Oscar Hammerstein II, appeared on the very first episode of Sullivan’s show, then called Toast of the Town. In 1960, Julie Andrews and Richard Burton appeared on Sullivan’s program to sing songs from Camelot, which had just opened to mixed reviews. Nearly 12 million people watched the episode and the exposure helped Camelot overcome the reviews and rack up a run of nearly nine hundred performances. But by the late sixties, Broadway shows were not cropping up as often on Sullivan’s program. The acts he booked instead were The Beach Boys, The Rolling Stones, Aretha Franklin, Dionne Warwick, The Jackson 5, The Supremes, Sly and the Family Stone, and The Doors. Sullivan still loved “Some Enchanted Evening”—but he could not afford to ignore popular music’s new stars. How square, suddenly, does Ethel Merman look singing “There’s No Business Like Show Business” next to Jim Morrison singing “Light My Fire”?