Negotiations wrapped up Friday in the latest round of the five-year-old Trans-Pacific Partner negotiations, with final sticking points remaining over sugar, dairy, state-owned enterprises and the exclusivity period granted to the makers of certain types of drugs.

Ministers from the U.S., Japan, Canada and nine other countries negotiated in private at a resort on the Hawaiian island of Maui to hash out the agreement’s final details.

“As anyone who has been in trade negotiations knows, those final decisions are always the most difficult,” Michael Froman, the U.S. Trade Representative, said earlier last week.

Outside the negotiation rooms, official advisers, congressional staff, trade groups, lobbyists and nonprofit advocates roamed the resorts’ lobby, using every spare plug to charge phone and laptops, meeting among themselves and hoping to catch a moment with the delegates, either through official briefings or unguarded moments in the elevator or hotel restaurants.

“I’ve adopted the Starbucks strategy,” says James Love with Knowledge Ecology International, a nonprofit organization that focuses on intellectual property issues. “When I see someone come up to get a coffee, and I see a blue [identification] badge, I know they’re a delegate.”

He asked them how the negotiations are going, what areas they were working on and offered up his perspective on drug monopolies and other issues.

“It’s a bit like that guy who hits on every woman in the bar,” Love admits. “A lot of people don’t like to do it because they feel like they’re being a jerk or it’s a little bit annoying, but I’m willing to do that.”

He chose three issues to focus on as the trade entered its final stages of negotiation, based on where he thinks he can have the most impact. At this point, he says it’s too late for the long shots and focusing on the low-hanging fruit isn’t a good use of time.

“Balance is the key term or catch phrase,” says a weary Auggie Tantillo, president of the National Council of Textile Organizations, who’s also prioritizing limited issues as negotiations wind down. He’s accepted that markets will open and has chosen to focus instead on what provisions might be put in place to ease the transition, such as eliminating tariffs gradually over time.

These agreements are “never done until they’re done,” he says.

A version of this story originally aired on Marketplace Morning Report. Click the audio player below to hear more. 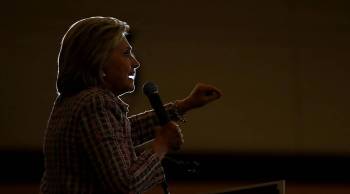