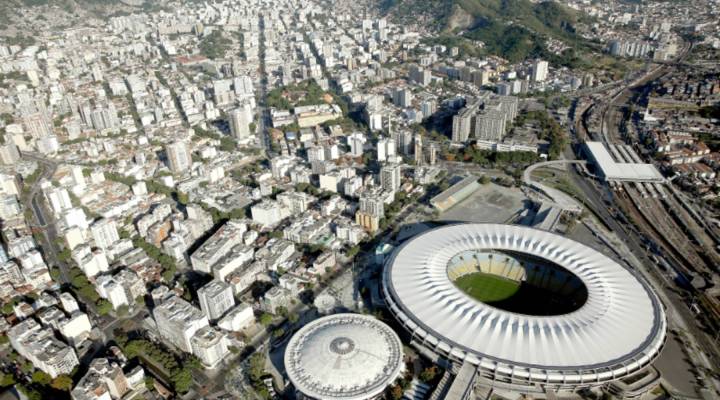 Rio de Janeiro adapts as it prepares for the 2016 Olympics

Rio de Janeiro adapts as it prepares for the 2016 Olympics

The Summer Olympics will be coming to Rio de Janeiro, Brazil in 2016, but is the city prepared for it? Since the country won the bidding process, it has undergone all sorts of economic changes. Juliana Barbassa, author of “Dancing with the Devil in the City of God: Rio de Janeiro on the Brink,” has been covering Rio de Janeiro’s evolution as it prepares for an influx of visitors and worldwide attention.

Barbassa grew up in Rio and returned in 2010. As she tells Marketplace, she’d noticed that Brazil had transitioned from political instability and economic difficulty to an effervescent country that was evolving.

“As a journalist, this was a big story. Brazil had always been the country of the future and now it looked like the future had arrived…or was arriving, and I wanted to be there to cover that story,” Barbassa says.

The country has been preparing for the Olympics by building transportation systems, adding hotel rooms and expanding capacity at stadium, she says. However, these changes are benefiting the already wealthy west side, and ignoring the needs of the working class and poor, Barbassa adds.

“I feel like those events were…promoted to the Brazilian population as ways of showing the world that we’ve made it,” she says. “That’s what people wanted. What they had not known (was) the sheer financial cost of building all that infrastructure,” she says.

Just a few years ago, Barbassa says, Rio de Janeiro was once an optimistic place with economic opportunity, but it is now stagnant. Inflation rates are ticking back up and the president’s approval ratings are very low, and “there’s a deep ambivalence about hosting these big events in the country that Brazil is today,” she says.