The London-based Financial Times newspaper is reportedly close to being sold to a rival media company. Among potential buyers are German media company Axel Springer as well as Bloomberg. The seller is Pearson, which in addition to publishing, is big in the education field.

Jonathan Zimmerman, a professor of education and history at New York University, joins us to talk about why Pearson might be interested in selling the FT, and what the rise of standardized testing may have to do with the decision.

UPDATE: The Financial Times reports it has been sold to the Japanese media company Nikkei for $1.3 billion. 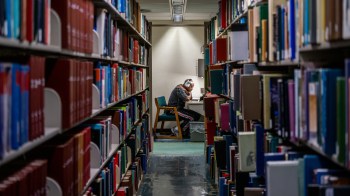