On Tuesday, the Transportation Security Administration is under the microscope again on Capitol Hill. A House subcommittee is expected to take a closer look at how the TSA vets airport workers after an investigation found that 73 workers with ties to terrorism passed background checks.

Earlier this month, the TSA’s acting director was reassigned following reports that in undercover checks, airport screeners failed to detect mock explosives and weapons 95 percent of the time.

Critics of the administration are calling for a cultural shift at the agency. But that doesn’t happen overnight, says Michael Useem, who teaches leadership and corporate restructuring at the Wharton School.

“Typically, if it’s a big organization — this is one of America’s biggest, obviously — it can take six months to a couple years,” he says. 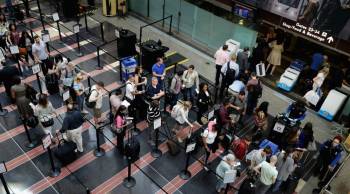