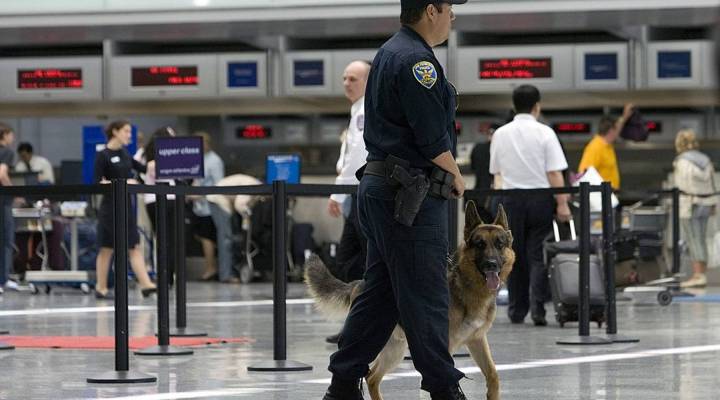 The security at San Francisco International Airport (SFO) looks like it does at any other airport in the country. There are the little gray tubs on the rollers, the ticket checkers, the body scanners. But there is one hard-to-detect difference. The people working there are employed by a private contractor instead of the federal government.

SFO is one of 21 airports with privatized security. When long lines hit earlier this summer, some other airports started looking into following suit. There was buzz in the media about how airports might start ditching the Transportation Security Administration to try and improve security wait times.

But here’s the deal with privatized security: the TSA is still in charge. It picks and manages the contractor that then has to follow TSA protocols — so, for instance, passengers still have to dump (or “divest” as some in the airport industry like to say), their belongings into those little gray tubs.

Privatizing is not about escaping TSA, but managing labor, said Brian Sprenger, director of Bozeman Yellowstone International Airport in Montana. Like most airports with privatized security, it’s tiny. A few delayed planes can make a big difference to the airport, Sprenger said.

Contractors provide a more flexible workforce for his airport, and on top of that, it’s easier to show people the door, he said.

“If employees are not performing, they can be dealt with appropriately, better or more effectively on a contract side than a government side,” Sprenger said.

Labor unions say the real reason airports want to go with contractors is simple: to cut costs. James Mudrock is the president of AFGE Local 1230, the union representing TSA workers in Sacramento, California.

“We believe that national security should be a federal government operation and not turned over to for-profit private companies,” Mudrock said.

When long lines hit this summer, the discussion wasn’t about labor or national security. It was about wait times. Airports like SeaTac in Washington and Phoenix Sky Harbor International Airport in Arizona said they were investigating privatizing security.

It’s been a few months, and so far no airport has privatized. Ian Redhead is not surprised.

Redhead is deputy director of the Kansas City International Airport, which does have privatized security. “Some people don’t know all the ramifications of a private screening contractor,” he said.

Redhead said it takes time and comes with some risks. Unlike the TSA, contractors can fall through. Redhead recently had to replace the one at his airport, which has been disruptive. “The newer contractor is still trying to get up to speed,” he said.

The TSA said it has found no difference in performance between federal workers and contractors. What would really help long lines is if Congress stopped siphoning off money from the TSA, said Christopher Bidwell, vice president of security for Airports Council International North America, an advocacy group for airports.

“Because TSA is underfunded, basically,” Bidwell said, “the void has been filled on a voluntary and temporary basis by airports and airlines as well.”

Every passenger pays an $11.20 round-trip security fee. Bidwell said since 2014, Congress has been redirecting a third of that money, which adds up to over a billion dollars a year. And since 2013, TSA has laid off around 10 percent of its staff.

Bidwell said there just aren’t enough workers, public or private. Until that changes he said, many long lines await. 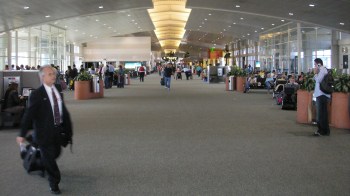