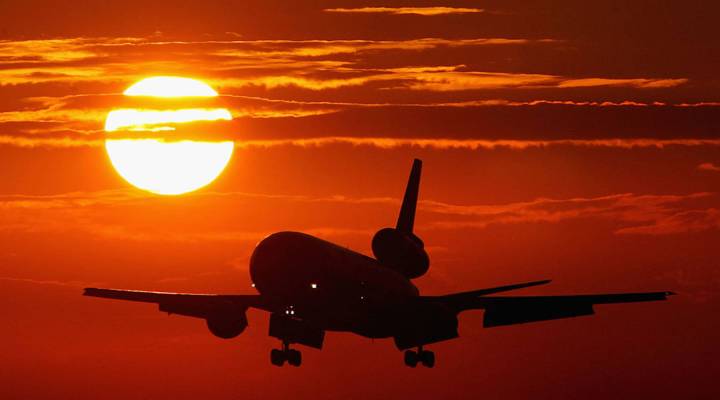 Traveling this summer might not be a nightmare. Justin Sullivan/Getty Images

Traveling this summer might not be a nightmare. Justin Sullivan/Getty Images

This also means the beginning of the summer travel season, which turned out to be a bit of a nightmare last year with passengers facing hourslong lines for security at airports all across the country. More than 234 million people are expected to travel worldwide on U.S. Airlines between June 1 and Aug. 31, according to a recently released report from Airlines for America. That’s a 4 percent increase from last year.

This year, however, should go much more smoothly, even with an expected uptick in summer travelers, according to Charlie Carroll, senior vice president of identity services at MorphoTrust USA, which operates the TSA Precheck program. Not only did the Transportation Security Administration hire more agents, but the number of people using TSA Precheck more than doubled since last year.

“Even though the travel is going to be at the higher rate and higher volume, that TSA is much more prepared and ready than they were last year,” he told Marketplace.

In anticipation of this year’s uptick in summer travelers, TSA is hiring 2,230 more officers.

“Traveler security is our first priority and we remain intensely focused on this critical mission. This summer, TSA is preparing to screen the highest volume of travelers, with an anticipated volume growth of more than 4 percent compared to the summer 2016,” Michelle Negron, the assistant press secretary with TSA, told Bloomberg.

The agency estimates that it will screen 228 million people this summer with more than 2.5 million passengers passing through checkpoints during the busiest summer days.

Last year, after summer travel season got underway and the long waits at the airport caught the attention of U.S. lawmakers, the TSA union called for a hiring of an additional 6,000 agents. In the end, Congress moved $34 million into TSA’s budget and the agency hired an additional 768 by June.

“This year is completely different,” he said. “Congress got involved. They re-appropriated money, and they have 2,000 more security personnel at the checkpoints. We don’t see that there is going to be a problem,”

Furthermore, about 3 million additional people have signed up for TSA Precheck since last year, according to Carroll. A five-year Precheck membership costs $85.

“That allows people to go through the expedited line. They don’t take their shoes and coats off, and even though sometimes those lines get longer, the reality of it is it moves much much faster,” he said, adding that the increase in Precheck members is a good sign for summer travelers. “There is going to be 3 million less people going through the normal security line, which have the tendency — particularly during the summer season — to back up, and people wait for long periods of time.”

While Precheck’s growing popularity might be a sign of smoother travel this year, during last year’s hearings, the program was blamed for some of the cuts to TSA’s budget and resulting long wait. According to a New York Times report from one of the hearings, TSA overestimated appeal of programs like TSA Precheck and expected such program to save the agency money.

“The reasons for the long lines we are seeing are not mysterious,” John Roth, the inspector general for the Department of Homeland Security, told Congress last year. “TSA reduced its workforce from previous levels because it believed that it would gain efficiencies from implementing what it called ‘intelligence-driven risk-based procedures.’ ”

By last June, just 2.77 million had enrolled in Precheck. According to Bloomberg, TSA hoped that by 2019 as many as 25 million people would sign up for such programs.

There might be a good reason why TSA Precheck membership more than doubled since last year.

“Last year, even in the worst conditions, people who were part of the TSA Precheck program stood in line for five minutes or less,” said Carroll.