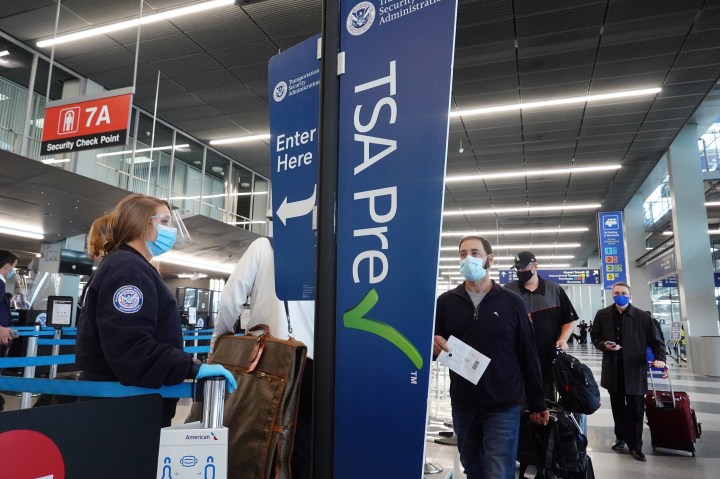 Flying is starting to recover to levels the airline industry hasn’t seen in months.

This is less than half the number of passengers the TSA screened on the same day last year, when more than 2.6 million passengers went through U.S. checkpoints.

Madhu Unnikrishnan, editor at Skift Airline Weekly, said these figures have been on a steady upward trajectory since the worst days of April, when the TSA was screening under 100,000 people on some days.

He noted that the people flying are mainly leisure travelers, including people who are taking vacations and visiting friends and family. He added that coastal airports in cities like New York, San Francisco and Los Angeles are seeing low traffic because international travel is down, but on the other hand, there has been an increasing number of flights to cities like Denver, Atlanta, Salt Lake City and Minneapolis as well as states like Florida.

“The sun — and to a lesser extent, the ski — destinations are the driving factor,” he said.

While travel is improving, the TSA announcement comes amid warnings that the U.S. is in the third wave of the coronavirus. There are now more than 8 million cases in the country, with more than 219,000 deaths.

“So it remains to be seen how this will play out as those outbreaks become more severe,” Unnikrishnan said.

Dozens of states are reporting an uptick in coronavirus cases, which include Florida, Colorado and Minnesota.

While leisure travel has picked up at the moment, business travel still remains at a fraction of what it was before the pandemic, according to Unnikrishnan. He said that in the past, business travelers used to be the bread and butter for airlines like United, Delta and American.

“It’s really uncertain when companies will start sending employees back on the road in significant numbers,” Unnikrishnan said. “That market might be entirely gone or at least diminished. There’s an argument to be made that the company may not fly someone business class from New York to Tokyo for two meetings.”

While every airline is different, Pelletier said that for large carriers like American, Alaska and JetBlue, more than 60% of their revenues usually came from business travelers. Allegiant, Spirit and Frontier, on the other hand, are airlines focused on the leisure market, which Pelletier said might help them recover faster.

Pelletier noted that over the next couple of months, he expects the number of passengers screened to hover around the 1 million mark and likely experience a small dip as cases continue to climb and more cautious travelers pull back from flying.

“[Airlines] aren’t banking on the holidays being their recovery mechanism,” he said. “You’re going to start seeing growth again once we get to a point where passengers feel much more comfortable flying. I think either a vaccine or a therapeutic is going to be the next pivot point.”

Meanwhile, Congress has hit a stalemate on a new stimulus relief bill, which prompted House Speaker Nancy Pelosi to set a 48-hour deadline, on Sunday, to reach an agreement with the White House if they are to pass one before Election Day.

While the airline industry has been pushing for a stand-alone aid bill, Pelosi ruled it out last week.