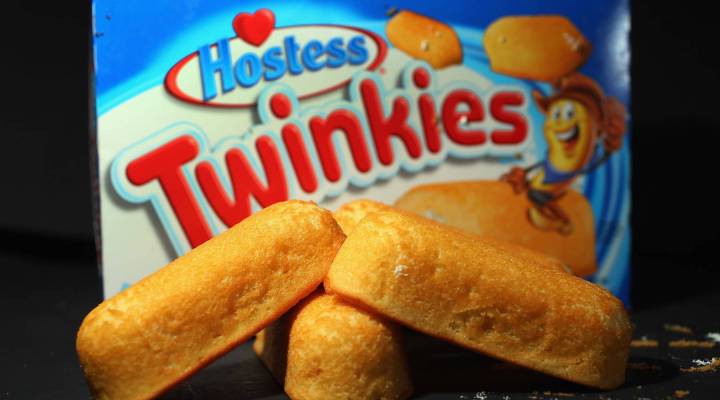 The rise, fall, and rise again of the Twinkie

The rise, fall, and rise again of the Twinkie

Saving Hostess Brands was not an easy task, but billionaire C. Dean Metropoulos and Apollo Global’s Andy Jhawar may have successfully revived the company.

The business deal was closed in April 2013 — Metropoulos and Jhawar bought Hostess Brands for $410 million. The bakery company has a history of more than 150 years, but in late 2012, Twinkies, Ding-Dongs and Snowballs became extinct on store shelves.

“The funny thing with Hostess and Twinkies was that the snack cake business, even when it was in bankruptcy, was still a billion dollar business a year,” says Steven Bertoni, senior editor at Forbes.

Still, the money-making industry was not enough to prevent Hostess from experiencing two bankruptcies, five CEOs, and millions of dollars of debt.

“They had an old direct-to-store route, which means basically they had 5,000 delivery trucks dropping goods off a couple of times a week, which is extremely inefficient,” says Bertoni. “Delivery costs were about 36 percent of all revenue.”

However, switching to the warehouse model meant food might have to sit in storage for weeks — something Hostess was not prepared to do.

“The old Twinkie only lasted 30 days and that wasn’t long enough for a distribution model with warehouses,” says Bertoni.

The death of Hostess was short-lived. Under its new ownership, Hostess found a way to extend the longevity of the Twinkie to 65 days to allow warehouse-based shipping.

“Now, delivery costs are about 16 percent of total revenue,” he says.

The entrepreneurial team behind the new Hostess is expected to make $2 billion in since their undertaking on Twinkies alone. It looks like Twinkies are here to stay.