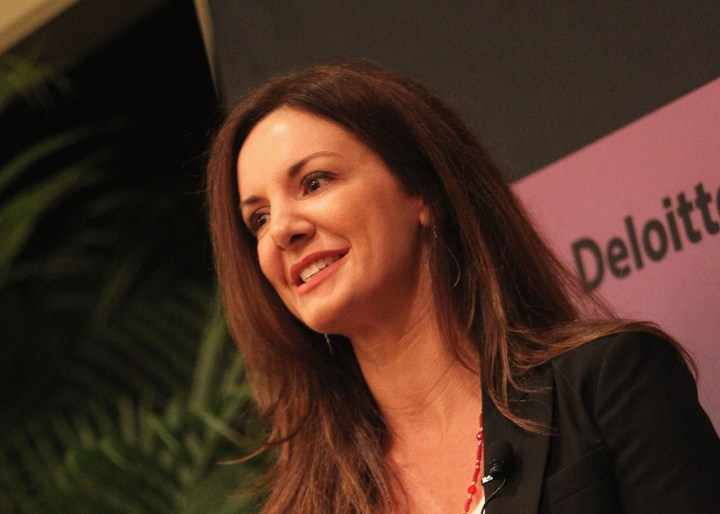 To call Kat Cole’s path from Hooters Girl to president and chief operating officer of Focus Brands unconventional is an understatement. After hostessing and waiting tables in high school, Cole jumped at the opportunity to start traveling internationally for Hooters’ corporate office at age 19.

She climbed to the role of vice president by age 26 and then got her MBA — all without finishing her bachelor’s.

Now in charge of brands like Cinnabon, Jamba Juice and Auntie Anne’s pretzels, Cole says we need to redefine capitalism so that stories like hers aren’t an anomaly.

She spoke with “Marketplace Morning Report” host David Brancaccio about her trajectory and how she would reimagine more inclusive business practices. The following is an edited transcript of the interview.

David Brancaccio: At first you’re a hostess at Hooters, and then you join the waitstaff. But along the way, I mean quite early in your trajectory, the company gives you the chance to help open some franchises overseas?

Kat Cole: Yeah. When I was 19, I was offered the opportunity to travel to Australia to launch the franchise on another continent. I had never been on a plane. I did not have a passport. And then a few weeks later, I left for Sydney, Australia, and helped launch the first of the brand’s locations on that continent, and came back and ended up doing a lot more of exactly that around the world.

Brancaccio: So there you were, ready with your resourcefulness, and your life pivoted at that moment. But how do we build an economy where the odds of that happening are greater for people?

Cole: I think, first and foremost, it’s about companies that have growth opportunities for employees. I mean, yes, I was scrappy. Yes, I was motivated because I didn’t have a lot of money. But the other side of that is there have to be companies that are growing to give those opportunities to people.

The bigger question is about higher-order changes that could be made in the way people who manage recruiting and hiring think about what’s considered “qualified.” I was not qualified by a lot of people’s definitions to go do many of the things that I did. And so companies have to look at their requirements and ask, who am I intentionally or unintentionally excluding? And what about those requirements need to be looked at differently? Even something as simple as criminal records. The reality is, with the legal system in the United States, there are plenty of people who would be amazing employees who have some form of a criminal record — yet that alone may keep them from even entering in through the HR filter.

Brancaccio: Kat, your Twitter handle is different now but I know in the past, it has been about being a connected, conscious capitalist. What does that mean to you?

Cole: I think it means destigmatizing and redefining capitalism as an ecosystem that has people and more stakeholders pulled to the forefront as opposed to afterthoughts. You know, not the sole purpose of the enterprise being the shareholder, but rather understanding that by caring for connected stakeholders — employees, customers, vendors — that that is where capitalism is going, has been moving and must continue to go, so that the great divide of the haves and have-nots does not continue to widen.