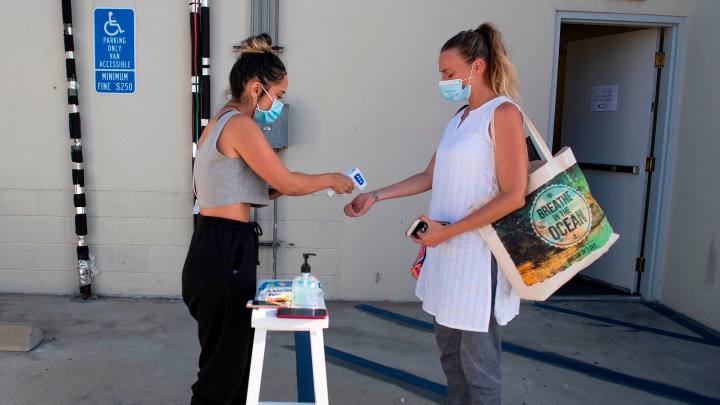 COPY
Small businesses in the services sector have a more bleak outlook as they continue to navigate COVID restrictions. Valerie Macon/AFP via Getty Images
COVID-19

Small businesses in the services sector have a more bleak outlook as they continue to navigate COVID restrictions. Valerie Macon/AFP via Getty Images
Listen Now

There’s still no progress on another round of coronavirus relief coming from Washington, around 25 million Americans are still on unemployment and it appears that COVID-19 is resurging in many parts of the country. So this may come as a surprise: The National Federation of Independent Businesses just released its “Small Business Optimism Index” for September, and it’s back to pre-pandemic levels after tanking in the spring.

NFIB chief economist Bill Dunkelberg said the index found “a lot of good things have been happening in a lot of parts of the country.”

“We’re opening the economy up, people are going back to work, sales have been definitely rising,” Dunkelberg said.

But that’s not the case everywhere. NFIB’s membership is concentrated in small towns and cities, and primarily in industries that have rebounded the fastest, like manufacturing and construction.

The NFIB optimism index includes fewer respondents from the service sector, like restaurants and retail shops.

“In a lot of our conversations with clients recently, it’s been almost a sense of gloom,” Peterson said.

In September, his firm conducted a national survey of 300 small businesses with Sapio Research. It found that that 10% of small businesses have already shut down and another 5% plan to in coming months.