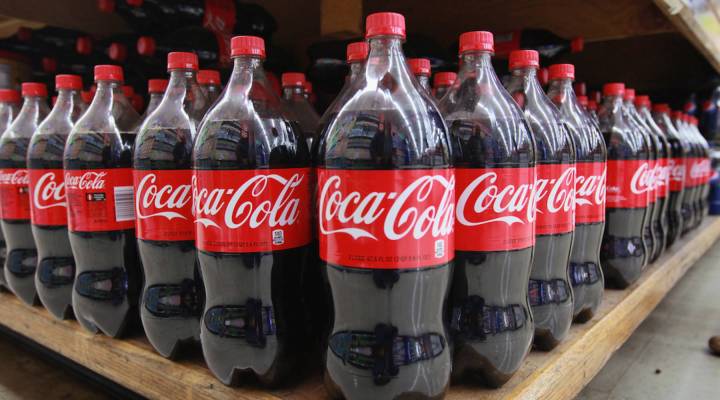 COPY
Coca-Cola will cut $3 billion from its annual budget in the next few weeks. Photo by Sean Gallup/Getty Images

Coca-Cola will cut $3 billion from its annual budget in the next few weeks. Photo by Sean Gallup/Getty Images
Listen Now

The Wall Street Journal reports that Coca Cola has plans to lay off as many as 2,000 employees in the next few weeks. Coke announced in October that it is seeking to cut costs amid falling profits. The company is slashing budgets: asking executives to take taxis instead of limousines, and reportedly canceling a Christmas party for Wall Street analysts.

The belt-tightening comes as America’s love affair with soda pop has chilled in recent years. U.S. consumers are increasingly turning to healthier, cheaper beverages to quench their thirst, including water. Coke owns the water brand, Dasani, and recently started selling milk, in an attempt to keep pace with changing tastes.