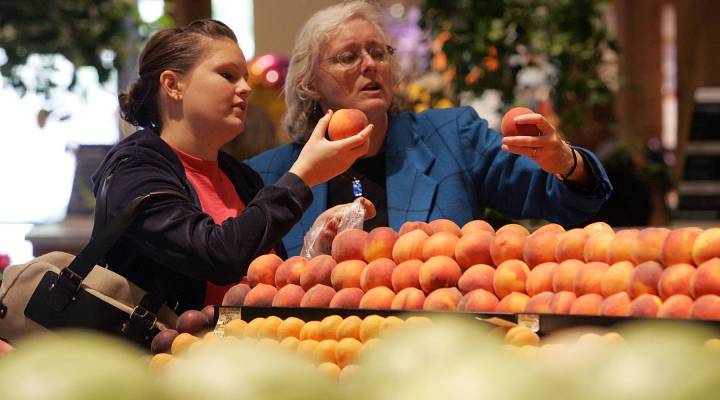 Why Americans spend less of their budgets on food

Why Americans spend less of their budgets on food

Food prices are rising, and the reasons run the gamut.

A disease known as porcine epidemic diarrhea virus has killed millions of piglets and young hogs, driving up the price of pork and bacon. A drought in Texas and Oklahoma cattle country has caused a spike in the price of beef. Coffee rust in Central America could raise the price of a cup of high-end joe, and a disease called citrus greening is wiping out orange and grapefruit trees in Florida. And yet, consumers in the U.S. spend a smaller percentage of their disposable income on food than citizens of any other country in the world.

It’s not simply that food in the U.S. is cheaper. “Americans on average have a higher income level and when you’re talking total income and the amount spent on food, it’s just a lower percentage,” said Anne Marie Kuhns, an economist with the Department of Agriculture’s Economic Research Service. People who live in developing nations have incomes that are far lower than those of a typical American. Food is bound to eat up a larger percentage of a typical family’s budget.

Americans, though, also spend less on food than people in higher-income European countries like France, Sweden and Germany.

A number of factors are in play,  including the amount of farmland in the U.S., estimated, says Dan Basse, president of the consulting firm, AgResource Company, at “around 350 million acres,” and different quality standards. Genetically modified plants are restricted in Europe, but, are considered technological advances that help increase the productivity of farmland in the U.S.

And while food is susceptible to price hikes, Americans eat a very varied diet, and if one product becomes expensive, there are others that can be swapped in to take its place. Think substituting chicken for beef when meat prices are high.