Every week, we have someone tell us their story about money. This week, Chicago garage rocker Alex White talks about why she isn’t just a musician, but an entrepeneur, too.

“I distinctly remember the time when both my mom and dad had quit their jobs,” says White. “They had three young kids and a mortgage … and both took the risk of starting their own businesses around the same time.”

This group started in 2008, but it wasn’t her first. As a teenager, White was already playing festivals and touring regionally.

“[Back then] we were appraoched by a record label about releasing our music,” White says. “I discovered that what I wanted to do was self-release that music and retain creative control over it.”

Around the same time, White’s mother tipped her off to an entrepeneurship program at DePaul University and she went for it.

“The first challenge was raising that initial capital,” says White. “Whether it was dubbing tape cassettes at home, 2 or 3 years of saving 50 bucks or a hundred bucks from each show.”

She says that she had to be resourceful at first.

“But what you find is … that it starts to snowball. You know that exponential curve that people see in finance, that desired graphic shape, starts to take place over time.”

“When we first started the band I never expected to be solely employed by it. It’s all we do, is play rock and roll.”

White Mystery has self-released four full-length albums. The newest came out this year and is called Dubble Dragon. The band also just finished up a long European tour this past spring, and tours around the country this summer.

White says that it was her parents that set her on this path. “Their actions and their example have really inspired me to do what I do now and think independently and creatively.” 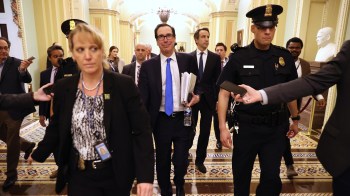