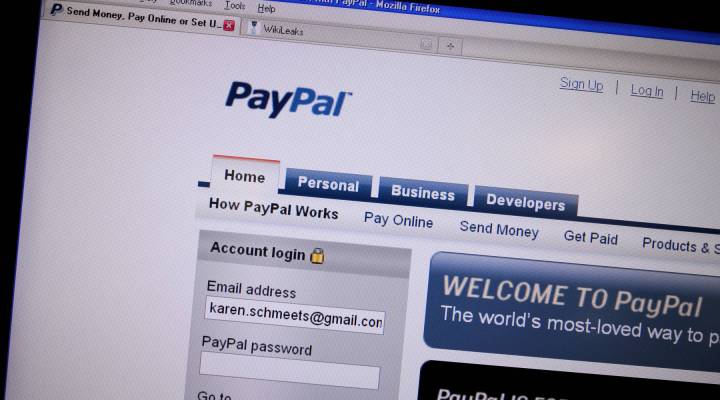 Since the events in Charlottesville this past weekend, companies have been making a point to say they will not support white supremacists on their platforms. Airbnb was ahead of most when it kicked off customers who were renting in the area to attend the rally. GoDaddy and Google both dropped neo-Nazi site the Daily Stormer immediately after the events. Now, GoFundMe removed crowdfunding efforts to help James Alex Fields Jr., the man who drove into a crowd of counter-protesters, with his legal defense. And PayPal has also removed white supremacist organizations from its platform.

Rashad Robinson, executive director of the racial justice organization, Color of Change, said PayPal and many other companies, have long been a tool for white supremacists to fundraise. Below is an edited excerpt of his conversation with Marketplace Tech host Ben Johnson.

Ben Johnson: What has PayPal done for white supremacist movements?

Johnson: I think part of the assumption here is that when PayPal blocks these white supremacists they’ll just find a new platform. Are tech companies the right entities for folks to focus on when they’re trying to effect change?

Robinson: I think tech companies are one of the places to focus on. We have to focus on a whole host of corporate enablers. The same way that our government and our banks and our institutions have cut off funds from international terrorists, we have to do the same thing with domestic terrorists. And what we have tried to do is really hold the feet to the fire not just of tech companies, but of major long-standing companies like Visa, Mastercard and American Express. If your products and services are supercharging and funding and fueling the type of hate and violence that we are seeing across our country, you’ve got to stop.

Johnson: Who do you think should draw the lines here? Activists holding tech companies to account? Is it the tech companies themselves making the rules about who should be able to use their platform? Is it users?

Robinson: I think it’s a mix of all three. The companies have a role. Activists and organizations have a role in mobilizing public energy. At the end of the day, many of these companies already have terms of services and policies that kind of banned many of the groups that we’re talking about here. And in fact, PayPal didn’t really have to update its policies. They actually had to really put them into practice. And so a lot of our efforts have been about not asking for a new set of policies, but asking for policies that are on the books to be enforced and standards to be upheld.