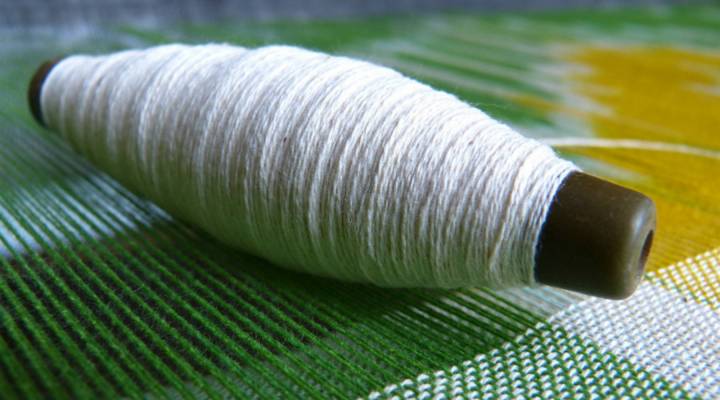 The Transaction: A spool of yarn

The Transaction: A spool of yarn

In January of 2012, Marketplace listener Sara Kathleen Henry was told some heartbreaking news. Her mother was suffering from terminal cancer.

While visiting her parents in Phoenix, Ariz. in March, the conversation turned to the scores of carefully crocheted blankets that Henry’s mother made to wrap up the newborn babies of family and friends. Realizing that she would probably be gone before her daughter had children, Henry’s mother insisted that she make a blanket for her future grandchild.

After hours of consideration in a craft store, the two purchased the yarn. Ivory white and soft to the touch.

The last time she spoke to her mother about the blanket, only one corner was completed. Afterwards her mother took a turn for the worse, followed by a tragic cancer diagnosis for her father as well. Her two parents both died within one year of each other, leaving Henry and her brother without a mother and a father in their early 30s.

While clearing out the remnants of her parents home, Henry stumbled upon a gift box filled with tissue paper. Underneath was the blanket, completely finished. Ivory white with scalloped edges, just as she and her mother had planned it.

“The moment will be with me forever, the moment of finding the blanket,” Henry said. “And the blanket itself, there’s just no dollar amount you could put on that blanket.”

The Transaction
Tags in this Story
Share this Story